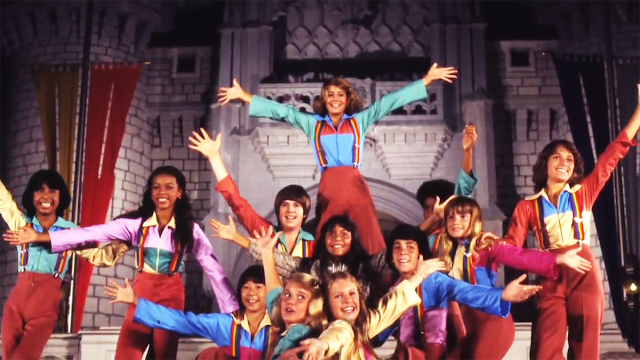 When fans of Walt Disney think about The Mickey Mouse Club many quickly bring up the original 1950s show or the late 1980s run which featured some big names like Britney Spears and Justin Timberlake. But did you know there was a short-lived revival of MMC in the 1970s?

In 1976 Walt Disney revived the Mickey Mouse Club during a time when disco was still popular and turns out despite its short life on television it’s actually entertaining and now you can see it for yourself. While Disney+ has yet to share any episodes of the series you can watch the made for television movie on the streaming service right now.

Titled “The Mouseketeers At Walt Disney World” the special which originally aired in 1977 on ABC is an enjoyable dose of nostalgia complete with bright colored outfits and upbeat music of the time period.

Some of the cast members of “The New Mickey Mouse Club” eventually went on to greater success. Most notably Lisa Whelchel who would become best known for her role as “Blair” on the 1980s sitcom “Facts Of Life”.

Along with a tv movie, the cast also released a cast album which is a delightful throwback to hear even if you didn’t grow up in the 70s.

Disney+ does note that the film does contain outdated cultural depictions of the time in the description of the film. Even so, it is fun to watch.

You may also like:  A new trailer for 'M3GAN' reveals the Demonic Persona of the Killer Robot Doll
In this article:Disney Plus