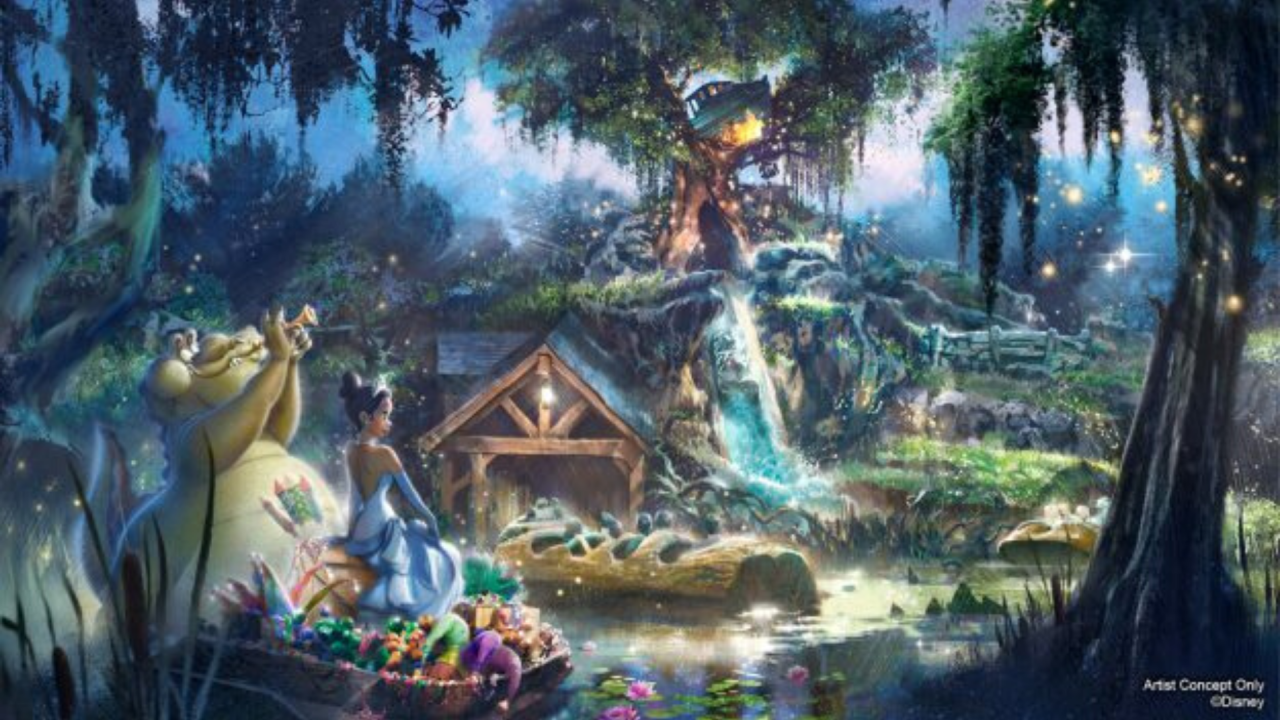 After decades of debate and renewed attention in recent weeks, Disney Parks announced their plans to retheme the theme park attraction Splash Mountain. The popular ride was originally themed after a controversial film titled Song Of The South which features racial stereotypes and has been a part of Walt Disney’s history that has been problematic.

Now, Disney Parks has unveiled plans to give the ride a makeover with a Princess & The Frog Theme replacing Song Of The South.

The voice of Princess Tiana and Tony Award-winning actress, Anika Noni Rose, shared, “It is really exciting to know that Princess Tiana’s presence in both Disneyland and Magic Kingdom will finally be fully realized! As passionate as I am about what we created, I know the fans are going to be over the moon. The Imagineers are giving us ‘The Princess and the Frog’ Mardi Gras celebration we’ve been waiting for, and I’m here for it!”