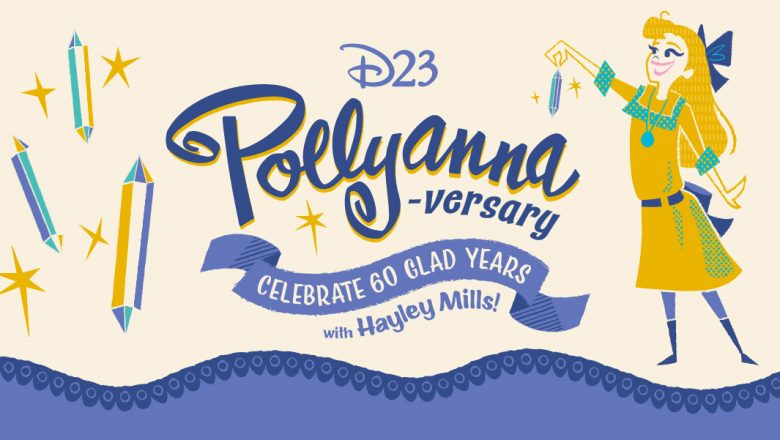 D23 has announced that it will be streaming a special celebration to mark the 60th anniversary of the classic Walt Disney film Pollyanna! The event will feature a conversation with Disney legend Hayley Mills. Throughout the 1960s Hayley Mills was the featured teenage star of several films for the company which included Pollyanna and the original adaptation of The Parent Trap.

Released in May 1960 the film Pollyanna, in short, tells the story of a young girl and the positive effect she had on an entire town through her “glad game”. In times like these, we should all try to have a Pollyanna attitude right? Hayley Mills will chat about the film during a special live stream event “A Delightful Chat with Hayley Mills”
Hosted by Leonard Maltin and Jessie Maltin will be held Friday May 27  at 7pm EST streaming on the D23 YouTube Channel and Facebook page. Afterward, fans are encouraged to stream the film Pollyanna on Disney Plus and take part in the social media conversation. Join the conversation & follow along using: #D23GladGame and #AtHomeWithD23
with @DisneyD23 on Twitter.

You may also like:  A new trailer for 'M3GAN' reveals the Demonic Persona of the Killer Robot Doll
In this article:Hayley Mills