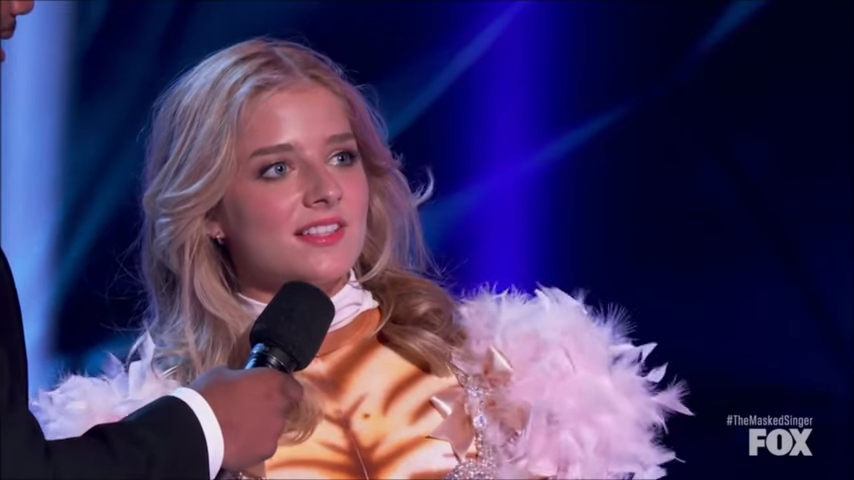 Jackie Evancho became a global sensation at the age of 10 when she was the runner-up on America’s Got Talent. Evancho has become known for her signature classical crossover style and a platinum-selling recording artist. Now at the age of 20, Jackie was determined to show everyone that she could sing multiple genres of music the hit FOX series The Masked Singer offered the perfect opportunity to showcase her vocal abilities while keeping her true identity a secret. Wearing a kitty costume Jackie shocked viewers week after week in the competition which had been recorded prior to the COVID-19 crisis.

After months of speculation, it was finally revealed that Jackie was behind the mask at the end of this week’s episode. It was a reunion for Jackie and host Nick Cannon who was the host of America’s Got Talent when Jackie originally competed on the show. Watch the reveal below!