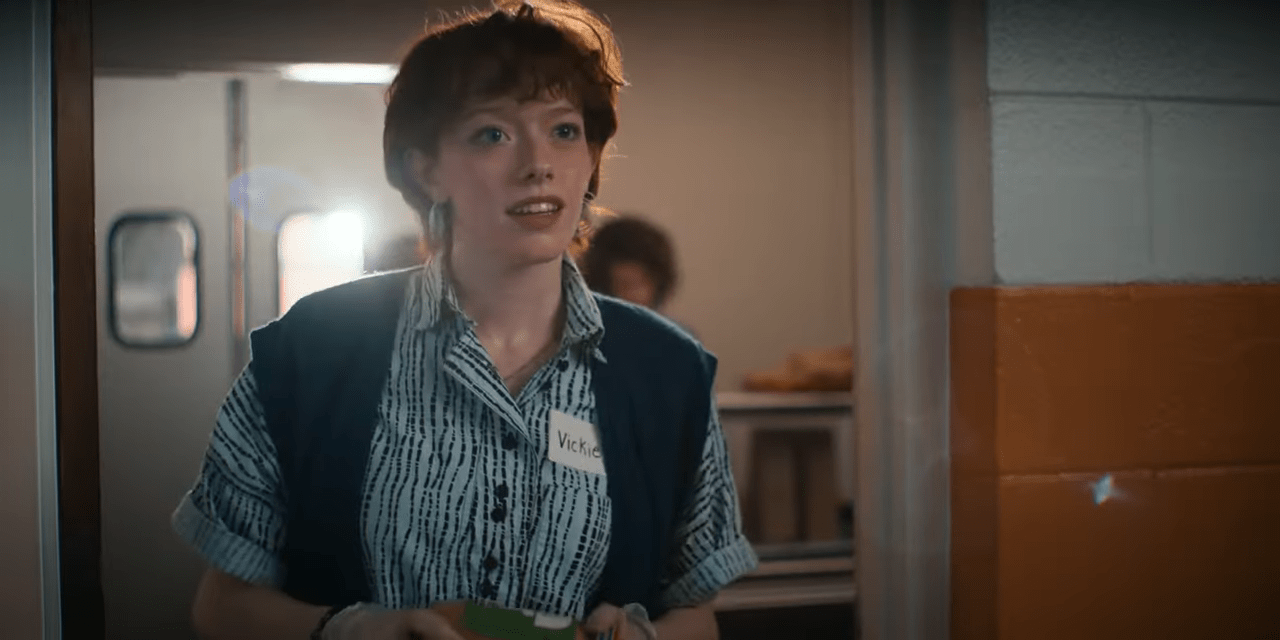 Back in 2017 Netflix viewers were introduced to actor Amybeth McNulty who became a fan favorite for her portrayal of Anne Shirley Cuthbert in the Netflix adaptation of Anne of Green Gables in a series called “Anne With An E”. The series ran for a total of 4 seasons before being canceled by the streaming service and now fans are happy to see Amybeth back on their screens being featured in the latest season of the sci-fi fan favorite “Stranger Things” In the new season Amybeth McNulty plays Vickie , a member of the school band who is the love interest of prominent series character Robin Buckley. Early on in the first half of the season, which was split into two parts due to the extended length of some of the episodes, we see very little of Vickie not more than a glance or two but towards the season finale, fans were treated to more of the new character which culminated in an absolutely adorable scene in the finale episode which featured Vickie and Robin having a conversation. it is yet to be seen what kind of role Amybeth McNulty’s new character will have in the upcoming 5th and final season of “Stranger Things”, it was nice to see Amybeth back on our screens after such a long absence.