Premiere Date And Teaser Revealed For Part 2 of Netflix Selena: The Series
Advertisement 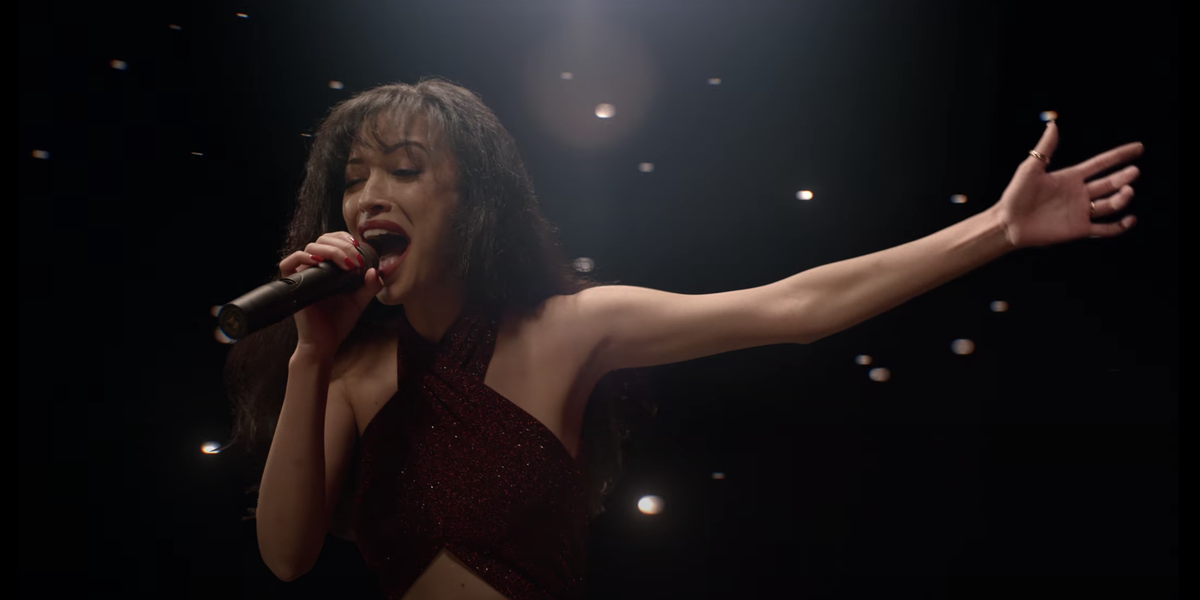 Fans of the hit series ‘Selena’ finally have an official date for the premiere of the second and final season what is being called “part 2”. The series which tells the story of Tejano music pioneer Selena Quintanilla debuted on Netflix last December to much fanfare. Focusing on the singer’s childhood and early years. The streaming service has announced via a teaser that Selena The Series will return on May 4.

As Selena’s career gains momentum, the singer fights to remain true to herself, spend quality time with her family and expand her businesses. The cast includes Selena (portrayed by Christian Serratos) her brother A.B. Quintanilla (Gabriel Chavarria) and sister Suzette Quintanilla (Noemi Gonzalez), along with Ricardo Chavira as Selena’s father Abraham, Seidy López as her mother Marcella, and Chris Pérez (Jesse Posey).

Watch the teaser below!

One of the breakout stars of the series has been Madison Taylor Baez who plays the younger version of Selena has gained fans not only for her acting but singing. Baez released a Christmas EP shortly after the series premiered and has since continued to share her musical gifts through covers on YouTube and social media. Even appearing on the FOX game show ‘Game of Talents’ where Madison’s blues cover amazed the contestants and viewers watching.