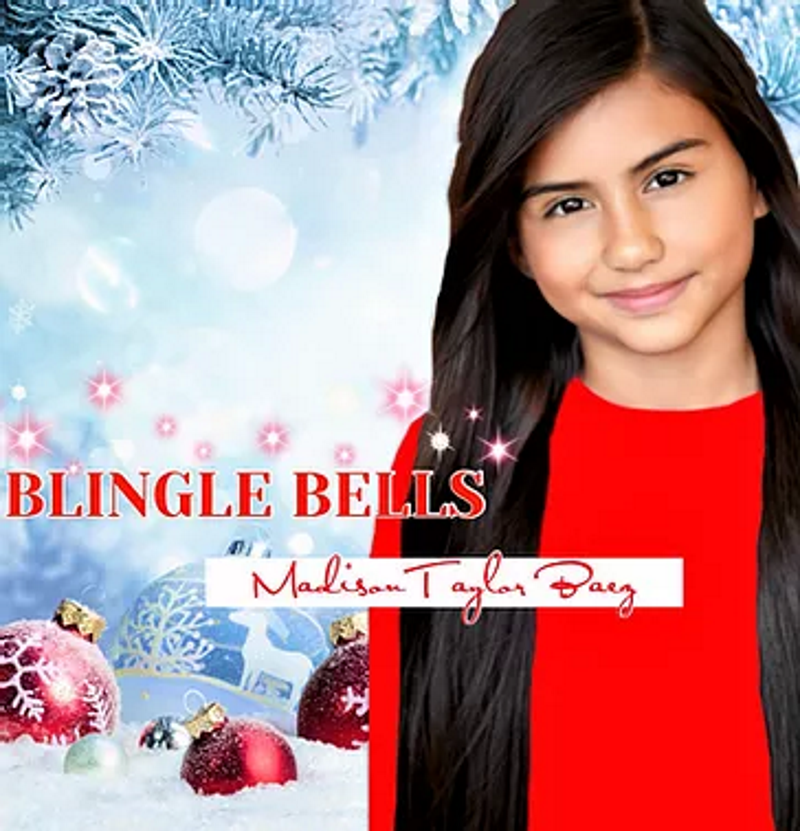 Madison Taylor Baez, the actress who portrays young Selena in the new Netflix’s Selena The Series has released a Christmas album. Titled Blingle Bells, the album features 11 tracks including classics “Silent Night”, Have Yourself a Merry Little Christmas” and more.

Baez stars in the new Netflix series which premiered on December 4 and has already gained praise for its production and discussion among viewers of what could be ahead in season 2 of the series that tells the story of the late singer Selena Quintanilla.

You can stream Madison’s Christmas album now on Spotify and all popular music services.

In this article:Madison Taylor Baez