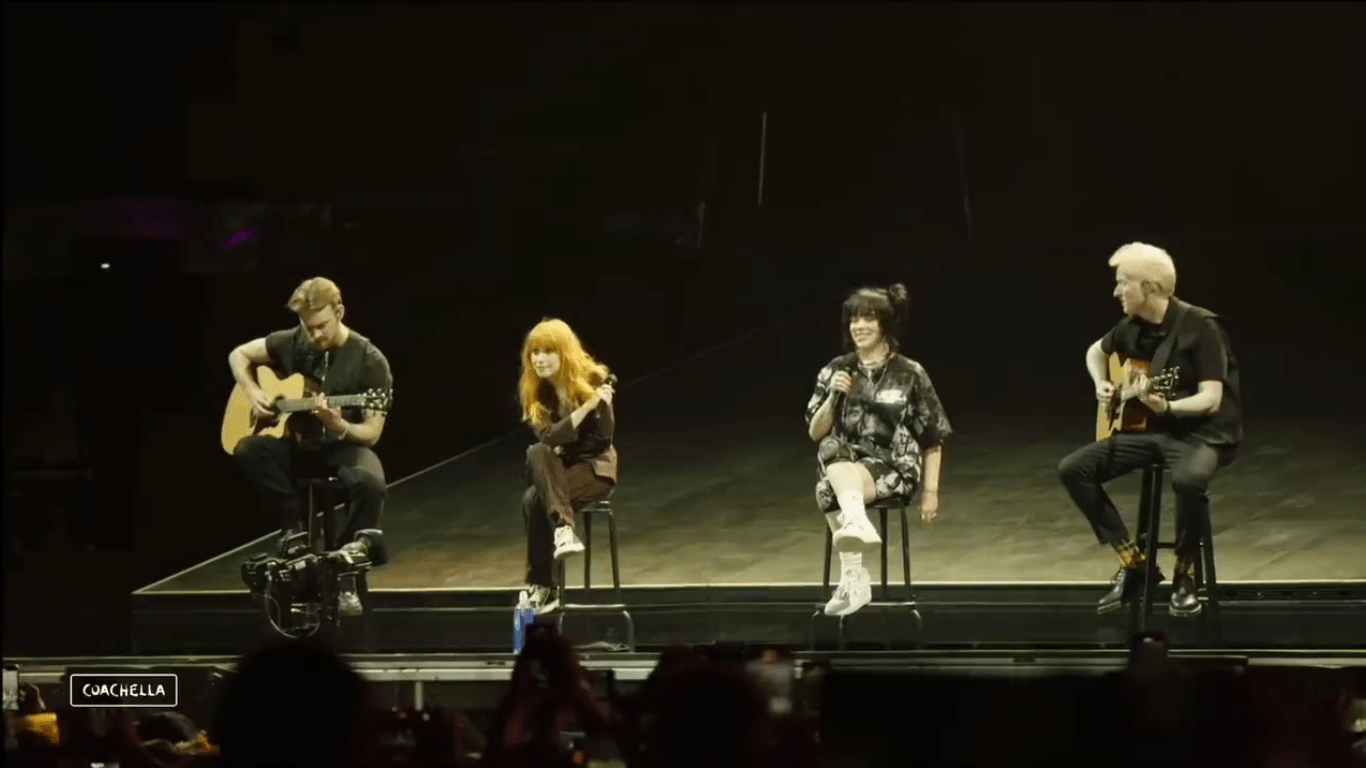 Headlining weekend two of the Coachella music festival Billie Eilish kept the surprises coming when Hayley Williams took the stage which led to the two singing an acoustic version of Paramore’s hit “Misery Business. Hayley also joined Billie in performing “Happier Than Ever”.

As she walked on stage, Williams joked that it was her first Coachella. The most genuine moment came when both singers were excited to see each other. Check out the video clips below!