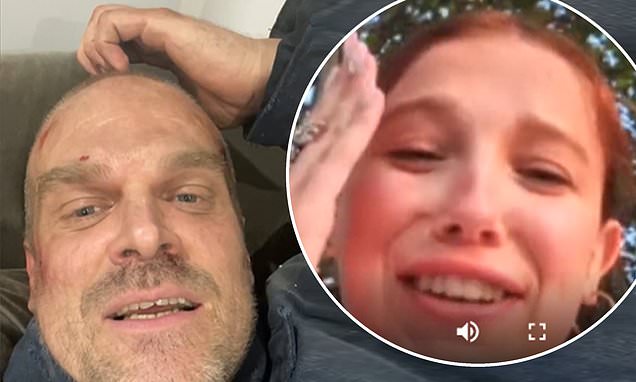 Stranger Things star Millie Bobby Brown told her co-star David Harbour to “get off live” after the actor who portrays the role of Jim Hopper in the series almost shared spoilers about the filming of season 4.

Harbour went live to chat with fans when Millie Bobby Brown apparently requested to join the live and appeared on screen talking to the clearly exhausted actor who had been filming. Wearing his clothes that were featured in the teaser trailer for the upcoming season.

It was a fun and lighthearted moment that fans got to see between them and a must watch.

Filming had been delayed due to the pandemic until recently.

You may also like:  Bob McGrath, a Sesame Street icon has died
In this article:Featured Post, Millie Bobby Brown, Stranger Things