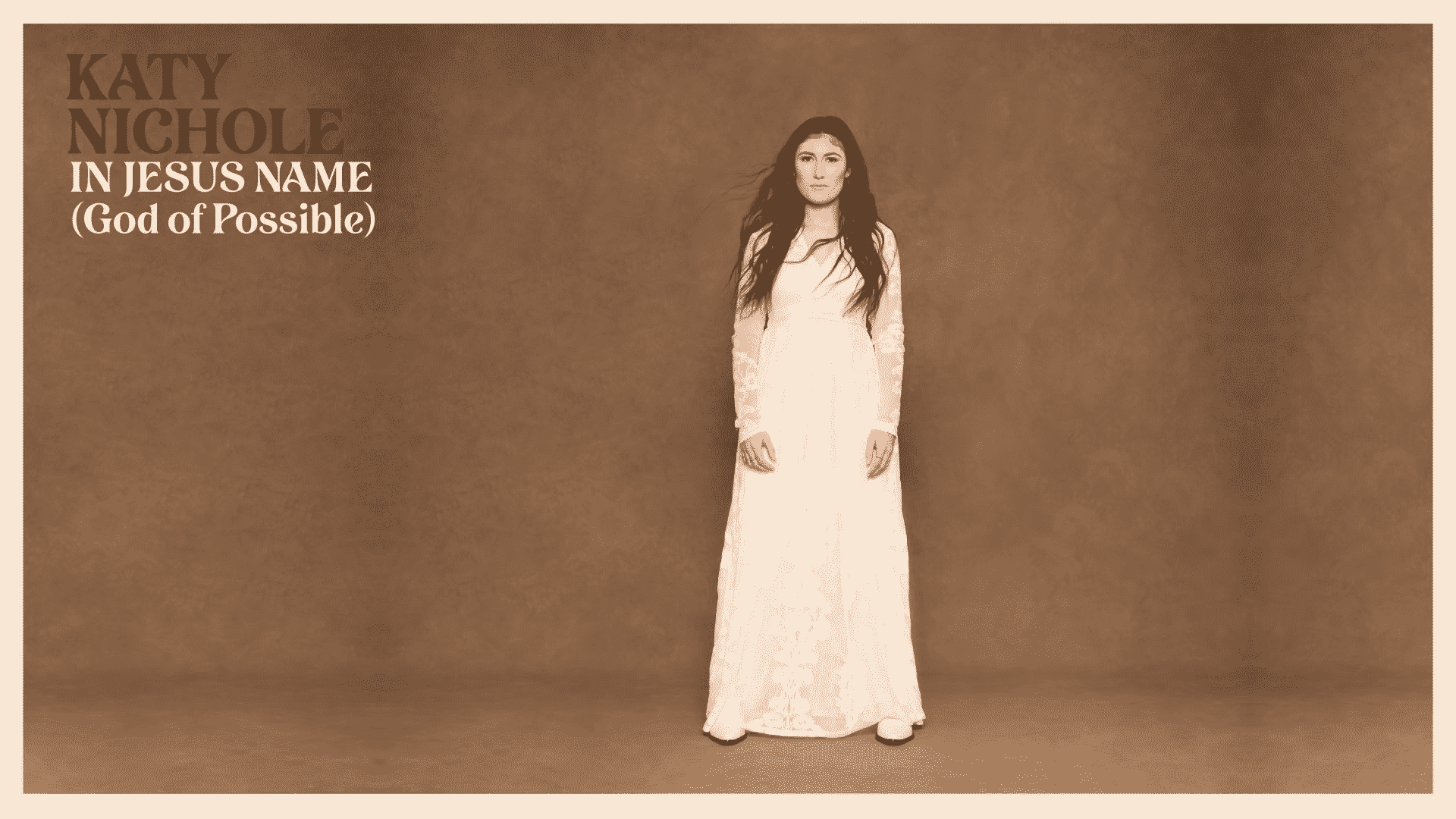 Singer/songwriter, and new Centricity Music signee, Katy Nichole has not only gone viral, now reaching well over 150 million people with the chorus to her debut single “In Jesus Name (God of Possible),” but she has also reached the second highest position on the iTunes’ overall Top Songs chart while remaining No. 1 on the iTunes Christian & Gospel chart since the song’s release.

Created from words in 21-year-old Katy’s prayer journal that were written in the midst of a global health crisis and in response to her own story of suffering, hope and healing, “In Jesus Name (God of Possible)” has further world-premiered on Christian music’s largest radio network, K-LOVE. The network was made aware of the viral song, and unsolicited, played the song during the afternoon drive show Jan. 31.

“Never in the 40-years that KLOVE has been in existence [has this] ever happened before,” revealed K-LOVE host Scott Smith before he and co-host Kelli Caldwell aired the song. The full introduction and Katy’s raw, emotional excitement was caught on camera and posted to her socials. The video has since received more than 2.3M views, 381K likes and 14K comments and shares on TikTok and another 1.8M views, 59K likes and 14K shares on the K-LOVE Facebook page.

Following K-LOVE’s lead, Air1 Radio Network and numerous other outlets have nationally added the song to rotation, making it the Most Added single at Christian AC radio this week. Debuting at No. 26 on the National Christian Airplay (NCA) Monitored Billboard chart, people worldwide are hearing Katy’s song and telling their own heart-warming, many times heart-breaking, stories. Each story branches out into a series of new shares that continues branching virally. More than 6,000+ examples of this can be seen now on TikTok.

Prior to writing “In Jesus Name (God of Possible),” Katy was diagnosed with scoliosis and underwent surgery to straighten her spine, which led to persistent post-surgery pain that sent her into a bedridden mental and emotional spiral. Three years later, Katy went back in for an operation to essentially remove the metal rods and screws that had been placed in her back.

“I go into the second surgery, and I come out of it, and the smoke cloud of depression was gone. I encountered the Lord in that moment,” Katy remembers. “When I got my X-rays after surgery, my spine was actually straighter than when the rods had been in it. So when I say that God can do miracles, I mean it, because I’ve seen it.”

Serving as both an ambassador for the Shriners Hospitals for Children® and as a volunteer for Musicians On Call, her healing has also emboldened her to be an advocate for others facing health challenges. It’s further given her a new direction for her music—and her life.

“There’s no story that doesn’t matter to God. Every story was written by Him, and He’s the greatest author of all time,” Katy declares. “God’s healed me, so I know He can heal someone else. I’m going to share my story and hope it will encourage others to go and share theirs.”

While her first single is a worshipful anthem ready-made for roomfuls of people to sing, it only reveals one facet of this multidimensional artist who is working on her debut album now, again drawing from her journal and well of life experiences.