Is "Wednesday" Coming Back for More? Netflix Hints at a Renewal
Advertisement 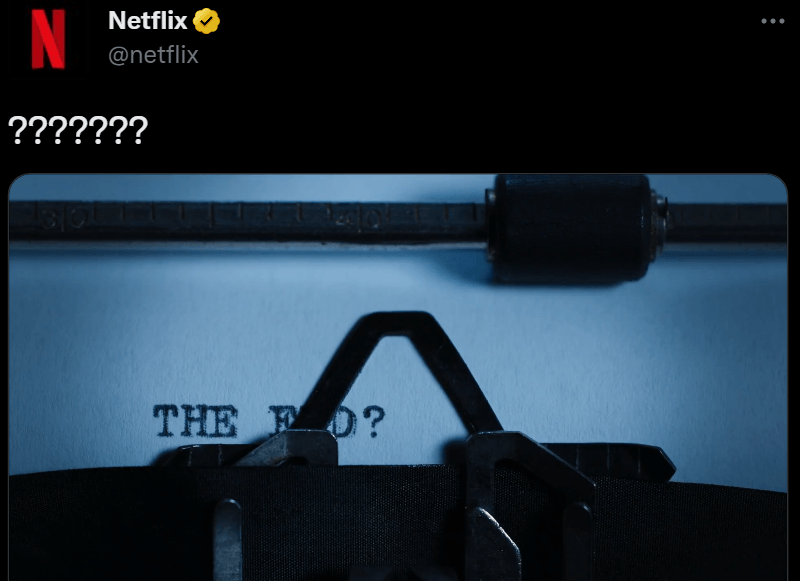 Fans of the hit series “Wednesday” starring Jenna Ortega have been eagerly awaiting news about a potential renewal, and it looks like their wishes may be coming true. On Thursday, Netflix posted a short clip on all of their social media accounts featuring a scene from the end of season one where Wednesday is typing on a typewriter, “the end” with a question mark at the end. This has caused many fans to speculate that a renewal might be in the works.

The possibility of a renewal has been in question for some time, as rumors have been circulating that the show might move to Amazon Prime after the streaming giant acquired MGM studios. However, there has been no concrete evidence to support these rumors. Now it appears that Netflix might be ready to announce a second season of “Wednesday.”

One thing that many fans are hoping to see in a second season is the development of a relationship between Wednesday (Jenna Ortega) and Enid (Emma Myers), who were shown to have a close bond in the first season. The two characters have great chemistry and their friendship is one of the highlights of the show. If a renewal is announced, it would be interesting to see how their relationship evolves and if it potentially becomes something more. Whether or not this happens is up in the air, but it is certainly a possibility that fans are excited about.

Fans of the show have expressed their excitement on social media, with many posting their own theories and predictions about what a second season might bring. Some have speculated that the show might delve deeper into the mysterious and macabre world of the Addams family, while others are hoping to see more of the complex relationship between Wednesday and her parents.

It remains to be seen what a renewal would mean for the cast and crew of “Wednesday,” but it is clear that the show has a dedicated and passionate fan base. If a second season is announced, it will no doubt be met with excitement and anticipation from fans around the world.

Stay tuned for more updates on the possible renewal of “Wednesday” on Netflix!