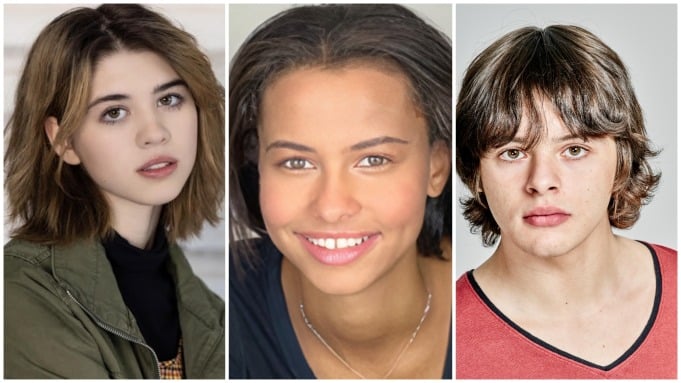 Netflix recently revealed its main cast for the upcoming series which will be a follow-up to the hugely successful ‘That 70s Show’. Set in the year 1995, the new series features the daughter of Eric and Donna living with her grandparents. Played by Donna Jo Rupp and Kurtwood Smith who will be reprising their roles as Kitty and Red in the new series.

Details on the principal cast can be found below courtesy of Just Jared Jr.

Ashley Aufderheide will play Gwen – Life gets more interesting for Leia when she meets this Riot Grrrl. Equal parts loyalty, rebellion and heart, Gwen is a dynamic powerhouse and the unofficial leader of the new generation of Point Place kids. Love Gwen. Fear her. Follow her.

Callie Haverda stars as Leia Forman – Smart like her mom, snarky like her dad, Leia is craving adventure. She’s just not quite sure where or how to start. Until she discovers a best friend in the most unlikely of places: next door to her grandparents house in Point Place.

Mace Coronel plays Jay – Jay is charming and flirty – at least, he tries. It doesn’t always come out right. When he’s not hanging out with his best friend Nate or working at the local video store, he’s armed with a video camera and the whole world is his film set.

Maxwell Acee Donovan will star as Nate – The polar opposite of his little sister, Gwen. Nate takes life as it comes, usually with a big open smile. He lets the gang ride in his van because there’s always something fun on the other side of the drive. He loves his family, his girlfriend and Garth Brooks.

Reyn Doi will star as Ozzie – Everyone loves them some Ozzie. He’s insightful, sarcastic and has perspective beyond his years. Ozzie is gay and impatient with the world for not being as accepting as his friends.

Sam Morelos will play Nikki – Nikki is focused, smart, and driven. From the outside, you could easily see her becoming a doctor or a lawyer. But inside, she has more rebellion than a frustrated debutante and her boyfriend Nate can scratch that itch.

Kurtwood Smith returns as Red – A classic never goes out of style. When the new kids bring out the old Red, the spring in Red’s step puts a spring in Kitty’s too!

Debra Jo Rupp of course will star as Kitty – A whole new world opens to Kitty with the new generation and she is right at home. It has never been cooler to be Kitty.