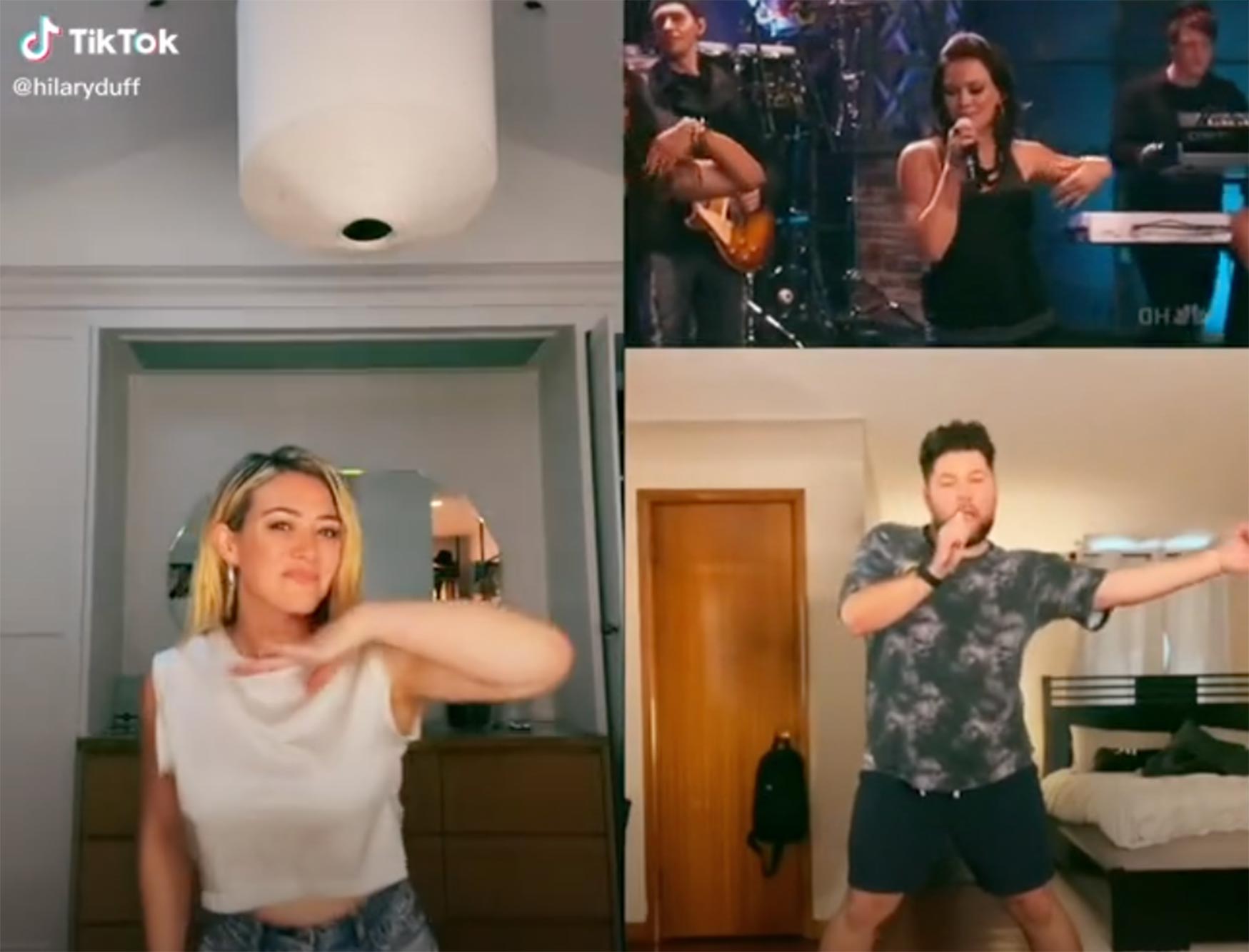 It’s been a good few weeks. Britney Spears is free, Lindsay Lohan is making movies again, Paris Hilton is married and now Hilary Duff is bringing back the memories with a TikTok duet. The former Disney Channel star of ‘Lizzie McGuire’ who is currently filming a spinoff of ‘How I Met Your Mother’ titled ‘How I Met Your Father’ gave longtime fans some major nostalgia with a recent TikTok post where the former teen star recreated her iconic dance routine from the song “With Love”.

TikTok user yungdaddycack posted the routine on his account with the caption “Do it with love”. And Hilary Duff responded by dueting the TikTok and performing the routine. Proving that Hilary Duff just keeps getting better!

The song “With Love” was released in 2006 and featured on Hilary Duff’s album “Dignity”. The performance featured in the video however is from 2007.

The comments to the TikTok duet include fellow Disney stars Christy Carlson Remono who starred in the series ‘Even Stevens’ around the same time that ‘Lizzie McGuire’ was airing on Disney Channel.

The official account for TikTok itself commented saying “She came to show us how it’s done”.

Many who grew up in the early 2000s feel that with Britney, Lindsay, Paris and now Hilary seemingly making comebacks that the stars have aligned and things are back to the way they should be with some of our favorite celebrities all from around the same era.

You may also like:  Co-showrunner for "Wednesday" - "we only touched the surface," suggesting that future episodes may include more of The Addams Family
In this article:Featured Post, Hilary Duff, TikTok