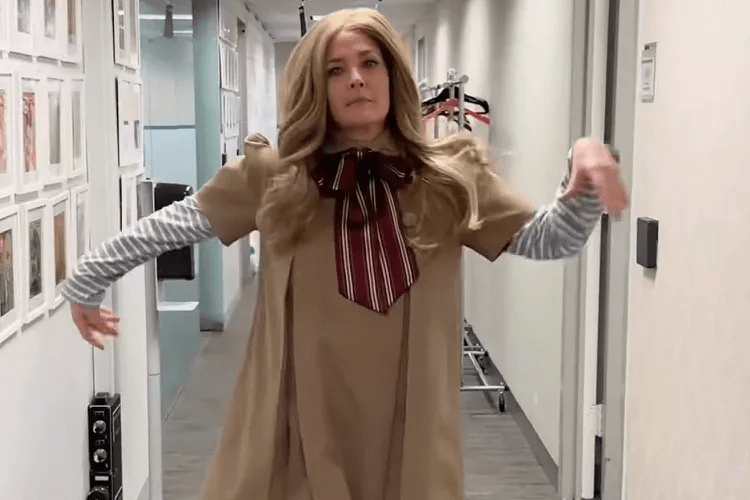 Drew Barrymore has always been known for her acting abilities, but now she has added a new skill to her arsenal: dancing like a killer robot. The actress, who has long been a fan of the horror genre, recently channeled her inner M3GAN, the title character from the hit film of the same name. The movie, which stars Allison Williams, is about a life-size robotic doll that becomes deadly.

In a recent episode of The Drew Barrymore Show, Barrymore mimicked M3GAN’s unhinged dance moves, which were featured in a scene near the end of the film. Not only did the actress perfectly capture the character’s moves, but she was also dressed in M3GAN’s signature outfit, complete with the doll’s long, wavy blonde locks. The video, which was captioned “M3GAN has taken over The Drew Barrymore Show!”, quickly went viral on social media.

M3GAN, the film, has been a massive success. Not only did it gross $30.4 million domestically on its opening weekend, but it also became a viral sensation on social media, with posts tagged #M3GAN viewed approximately 300 million times on TikTok one month after the trailer was released. The film has generated close to $125 million globally, and the robotic doll has become a star in her own right, appearing on multiple talk shows.

In addition to her successful acting career, Barrymore has also been a part of the horror genre for many years. She has starred in films like Firestarter (1984) and Scream (1996), and played a lead role in the horror-comedy series Santa Clarita Diet, which ran for three seasons on Netflix, from 2017 to 2019.

With the confirmation of a sequel to M3GAN, it’s clear that the robotic doll and her deadly dance moves will be around for a while longer. But for fans of Drew Barrymore, the actress will always be the one to channel her inner killer robot and make us laugh.