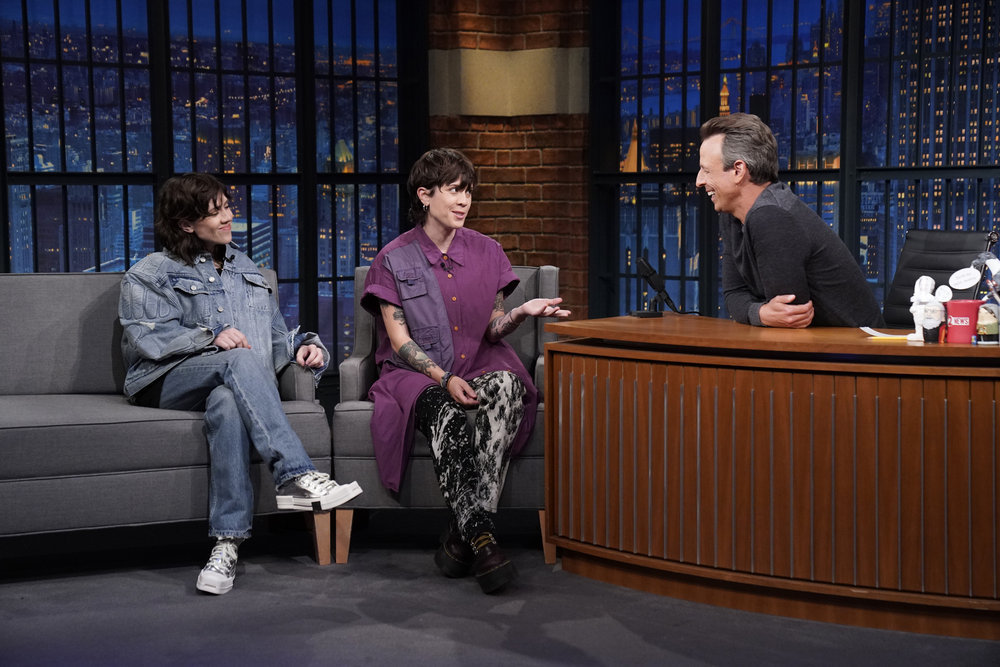 Tegan and Sara made an appearance on NBC’s “Late Night With Seth Meyers” on Wednesday night, shortly after the trailer for the upcoming Freevee series “High School” was released earlier that day. During their appearance, the duo discussed their upcoming tour, the new television series based on the 2019 memoir, and performed the song “Yellow.”

The two talked about how they discovered the stars of the new television show, noting that Railey and Seazynn Gilliland first caught their attention on TikTok.

In this article:Featured Post, NBC, Seth Meyers, Tegan And Sara