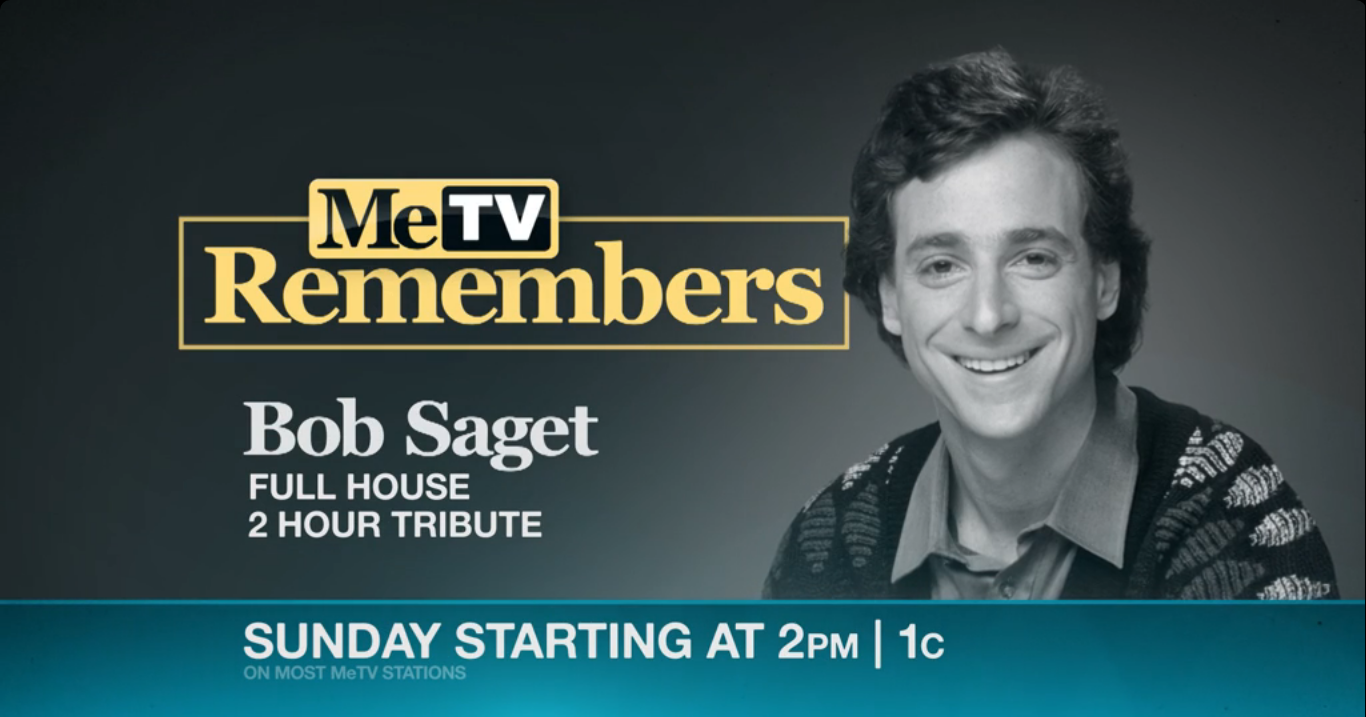 The popular classic television network MeTV has added Full House to its lineup. The channel will air a tribute to late actor Bob Saget on Sunday, Jan 16 beginning at 2pm eastern. Featuring select episodes of Full House with storylines that center around Saget’s character on the show Danny Tanner. Below are the episodes that will be airing.

Danny arrives at his surprise 30th birthday party only to discover that Jesse has accidentally driven his prized car into the bay.

D.J. is horrified when she learns that her father, Danny, wants to sing at her school dance.

When Danny is chosen “Bachelor of the Month” by a San Francisco magazine, women suddenly take an avid interest in him. But Danny is interested in his new co-host, Vicky Larson.

Danny is thrilled that “Spring Cleaning Day” has arrived! He appoints chores to everyone in the house. When they gather to complain, Danny overhears. He reacts by becoming such a slob that the family asks him to be neat again.

MeTV shared the following statement about the tribute to Bob Saget in their announcement.

“For a lot of kids who grew up in the ’90s, the first TV dad they think of is Danny Tanner, the cleanliness-obsessed widower raising three daughters from Full House. Bob Saget played the dad as loving and understanding, even when he got over his head with the wacky hijinks caused by his house full of collected family.”