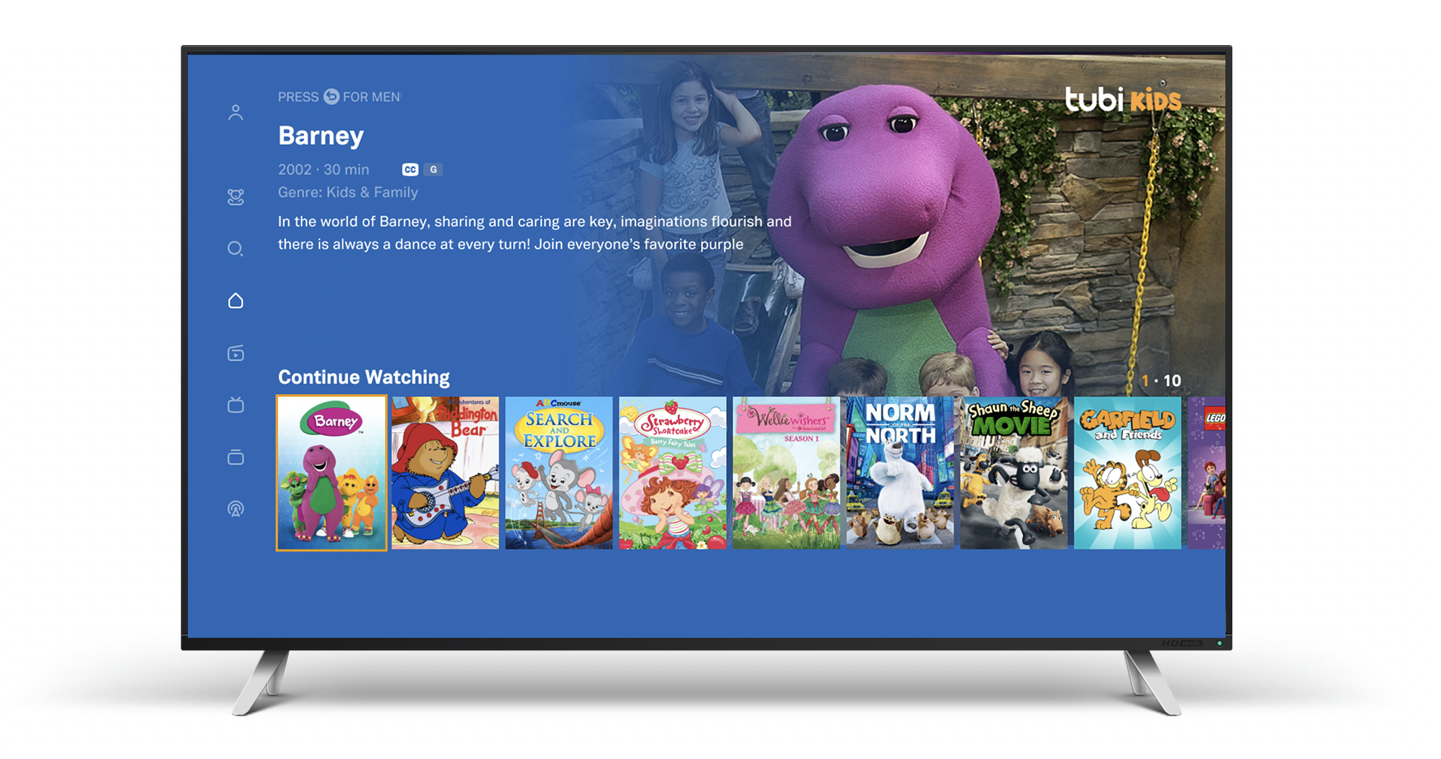 The 1990s children’s show Barney & Friends is heading to Tubi. As part of the recently announced deal, the first six seasons of classic episodes will be made available to app users beginning April 9.

Tubi which gained users for its availability of free movies and television series is seeing a boost in getting rights to more content since being acquired by FOX.

Barney & Friends originally aired from 1992 to 2009 and was one of the most popular live-action series for preschool-aged boys and girls. The show celebrates the life skills of sharing, community and friendship via music and cognitive learning. In the world of Barney, sharing and caring are key, imaginations flourish and there is always a dance at every turn. Everyone’s favorite purple dinosaur and his dino-pals – Baby Bop, BJ and Riff – help give children the range of skills they need to grow, using tons of music, fun and laughs to guide the way.