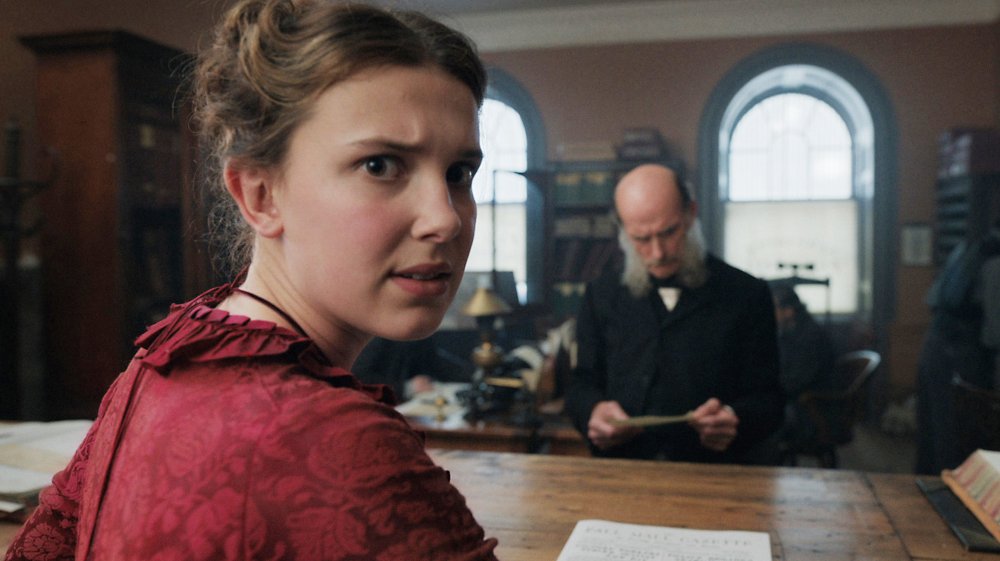 Fans around the world are still talking about Enola Holmes. The film which was released last month on Netflix and produced by Millie Bobby Brown who also serves as the star of the film which focuses on the sister of detective Sherlock Holmes who goes on a journey of self discovery to find her mother who disappeared.

Enola Holmes is the first project that Millie Bobby Brown (16) has a producer credit along with her sister. It turns out the whole thing was a family project.

The LA Times reveals that It was Enola herself who appealed to Paige Brown, Millie’s older sister and a self-described “bookworm,” who helped start the journey for the film to get made after reading the “Enola Holmes Mysteries” series.

Paige introduced the books to Millie, and it didn’t take much for her to get on board with a film project.

Both Millie and Paige discussed the possibility of making a film adaptation with their father through the family’s production company PCMA Productions. Netflix acquired the finished film in April, when movie theaters were already shut down due to COVID-19.

This is the first project Millie and her sister have collaborated on, but Netflix has already signed on for another as the sisters are set to also produce the film “A Time Lost” for the streaming service.