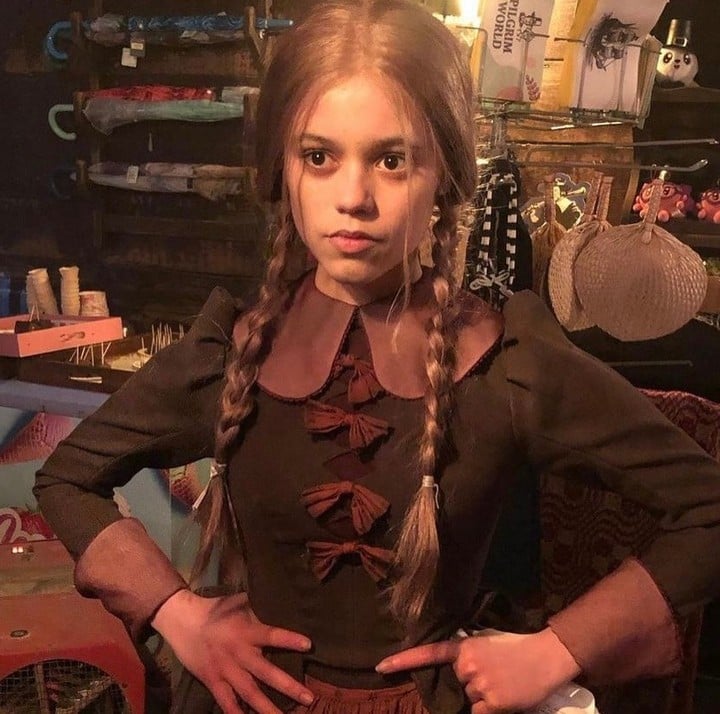 The Netflix series “Wednesday” has been a hit with audiences, and one of the standout performances in the show is Jenna Ortega’s portrayal of Wednesday Addams and her ancestor Goody Addams. Ortega’s transformation into these characters is truly impressive, as seen in a recent Instagram post from the show’s official account.

The post features a series of photos showing Ortega in the process of getting her wig and costume applied as she transforms into Goody Addams. It’s clear that a lot of work goes into creating the characters for the show, and Ortega’s dedication to bringing Goody to life has not gone unnoticed by fans. The post has received a lot of attention and praise from viewers, who have been impressed by Ortega’s transformation and her portrayal of both Wednesday and Goody in the series.