"Beetlejuice" will end its Broadway run in January 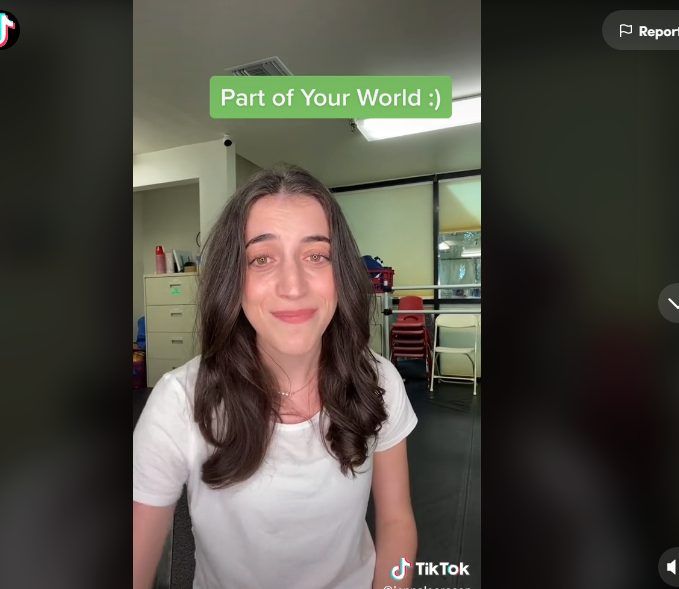 Jenna Lea Rosen who is known for her voice work for Disney television as well as a singer has shared a cover of the song ‘Part of Your World’ from The Little Mermaid. The TikTok post is sort of a follow-up to a previous song Rosen covered ‘Soon‘ from the animated film Thumbelina. Both songs were originally performed by Disney legend Jodi Benson.

Jenna is no stranger to theater either. Having performed in productions and raised as a theater kid. Watch the cover of ‘Part of Your World’ below!

Jenna Ortega, who plays the iconic character Wednesday Addams in the new series created by Tim Burton for Netflix, was recently featured in a...

The trailer for Enola Holmes 2 was shown for the first time at Netflix’s Tadum fan event on Saturday. In the detective movie, Millie...

Tegan and Sara have just released their newest single, which is titled “I Can’t Grow Up.” Accompanying the upbeat track is a vibrant and...

Thora Birch expressed her “dismay” at not being able to appear in “Hocus Pocus 2” to ET Canada. She added that there had been...

Tegan and Sara Release Latest Single “I Can’t Grow Up”

“I Can’t Grow Up” by Tegan and Sara, which will be on their upcoming album Crybaby, has just been released as their newest single....

As previously reported by Trevor Decker News, The Phantom of the Opera, the longest-running show on Broadway, will close in February. The final performance...