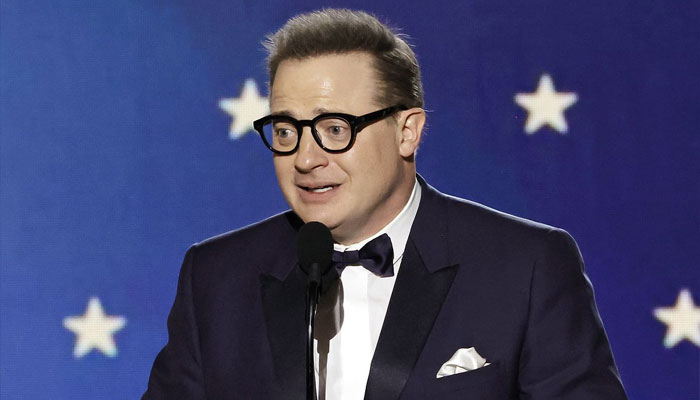 Last night at the Critics Choice Awards, actor Brendan Fraser won Best Actor for his role in the film “The Whale.” Fraser was clearly emotional when his name was announced as the winner and when he took the stage to accept his award, he thanked the critics for recognizing his performance.

Fraser also took the opportunity to praise his costars, specifically Hong Chau, Sadie Sink and Ty Simpkins, calling them “incredible” and “a lighthouse.” He also thanked his director, Darren Aronofsky, for finding him in the wilderness and showing him where to go to get to where he needed to be.

The actor went on to cite Herman Melville’s quote that “there are only five critics in America, the rest are asleep” and said he was “glad [the critics] woke up for me.” He also spoke about the themes of the movie, “The Whale,” saying it was about love, redemption, and finding the light in a dark place.

Fraser closed his speech with a powerful message, encouraging those who are struggling with obesity or feeling lost, to have the strength to get to their feet and go to the light. He added that good things will happen if they do. When the actor went backstage, he said the award meant “more than I know how to say with words,” adding that making the film was “an act of faith.” He hopes that the film can help do a lot of good.

Brendan Fraser’s speech at the Critics Choice Awards was emotional and heartfelt. He not only thanked the critics and his costars, but also shared a message of hope and inspiration. It’s clear that the role in “The Whale” meant a lot to him and that he hopes it can make a positive impact on others.