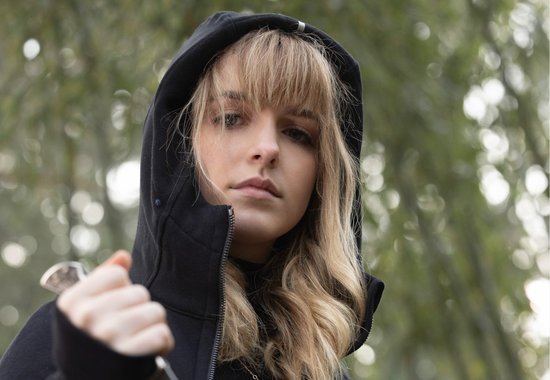 Mckenna Grace reprises her role as Emma in The Bad Seed Returns, which premieres tonight on Lifetime.

For the new sequel, which she co-wrote and executive produced, the 16-year-old actress reprises her role from the first Bad Seed movie.

Mckenna shared a post on Instagram ahead of the Lifetime premiere, revealing that the version that will air on the network differs from what she originally wrote with her father.

“Tonight the TV movie I wrote over quarantine, The Bad Seed Returns comes out. Thank you @lifetimetv and Mark Wolper for giving me my 1st opportunity to write and produce and of course @roblowe and @bettymaecasting who started this entire journey 5 years ago!

I really had a lot of fun making this movie, despite it being a pretty hard shoot. It was my first time producing on a film, we only had 5 weeks to film it, we were still in the midst of covid craziness, I was finishing a tough class in my fall semester, and was also in my 5th month of training 6 days a week for a different film. The cast and crew (some who I worked with on the 1st film!) made it a really great experience. Thank you to our director, Louise Archambault and to everyone who worked so hard to make this with us! Special thank you to Patty McCormack (the original Bad Seed), for creating such an iconic character and for making another appearance in our film!”

“Please be gentle with me…the film is different than the initial script we wrote…our version was too dark for television, so they had to lighten it up a bit. Excited to keep writing and creating!🖤,”

In this article:Featured Post, Lifetime, Mckenna Grace, The Bad Seed