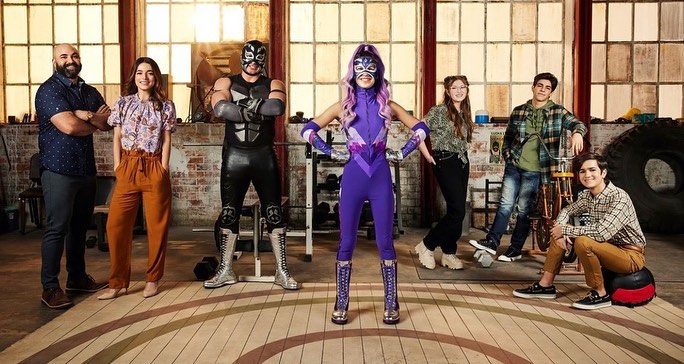 The trailer for the new Disney Channel series Ultra Violet and Black Scorpion has been released. The new series will premiere on June 3. Starring Scarlett Estevez who is known for playing Trixie on the Netflix series Lucifer, as well as roles on Disney Channel’s Bunk’d and starring in the Disney Channel original movie Christmas Again? which premiered last holiday season.

For those who may be a bit confused, the series had a different working title and was previously known as Ultra Violet & Blue Demon

Here is the description of the series from Disney Channel.

When a mysterious luchador mask chooses Violet, she becomes superhero ULTRA VIOLET! Eager to become famous, Violet sets out on a mission to collab with the city’s famous vigilante

Check out the trailer at the top of this post.

You may also like:  Dolly Parton's NBC special "Mountain Magic Christmas" is a joyous holiday treat
In this article:Featured Post, Scarlett Estevez