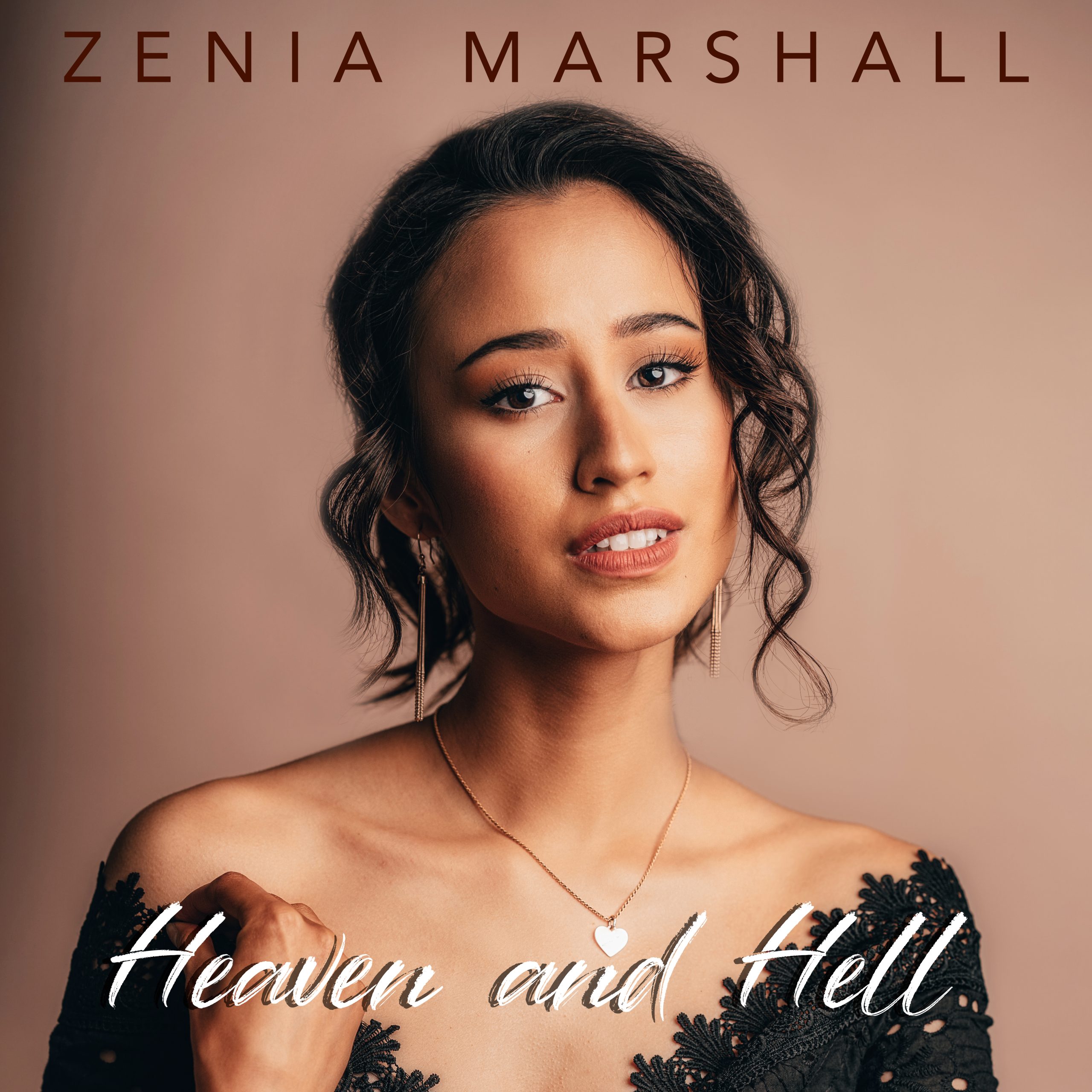 Zenia Marshall a Canadian film and television actress known for various roles alongside names like Barry Watson (Date My Dad – UPtv), Debbie Gibson (Hallmark’s Summer Of Dreams) among many others is getting ready to release a new single that was four years in the making.

“Heaven and Hell” is a vulnerable song about a consuming love that holds the power to bring the best of love and worst of pain into one’s life – consisting of heavenly haunted vocals, echoing lush beats, swirling pads, twisting ambient strings, and power rock ballad influenced guitars – creating an abstract ethereal blend of experimental dark-tinged alternative indie-pop amongst a hybrid of other genres and sounds. The single will be available on February 12 with a music video set to be released on February 26.

While many are most likely more familiar with Zenia’s acting in the United States which includes a recurring guest star on CW’s “Supernatural”, this talented Canadian is no stranger to music. Zenia is a stage vet having sung and toured worldwide in her mom’s internationally acclaimed Tina Turner Tribute show since the age of 13 and has since headlined in numerous musical runs, cover bands and theatre act shows.

4 years ago, Zenia wrote “Heaven And Hell” in an introspective state – capturing the intense ups and downs of a personal relationship, realizing that sometimes the ones we love most dearly have the power to create the best of joy and the worst of pain. Zenia had spent a year’s journey co-producing it with her producer to find the right blend of sounds and recordings for the song – undergoing a lot of independent self-recording and working most of this song from home during these covid times.

Stream Zenia’s single “Heaven And Hell” on February 12 and be watching Trevor Decker News for the official music video on February 26!