Exploring the Possibility of Enid Being Trans-Coded in 'Wednesday'
Advertisement 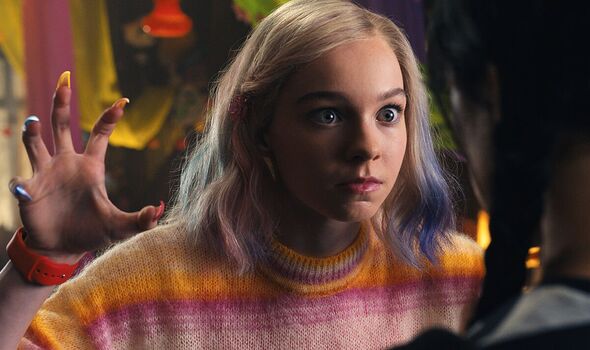 Wednesday, the popular show starring Jenna Ortega as the titular character, has gained a devoted fanbase that is eager to delve into every aspect of the series. One character that has particularly piqued the interest of fans is Enid, portrayed by Emma Myers. Some viewers believe that upon closer inspection, Enid may be trans-coded, meaning that the show implies that she is trans without explicitly stating it as such.

There are several clues that have led fans to this theory. For example, Enid is introduced as a werewolf who has trouble transitioning into her supernatural form. Additionally, her hair resembles the trans flag, with blonde in the middle and blue and pink ends. Later in the series, Enid’s parents visit the school and discuss sending her to a werewolf “conversion therapy” camp, which causes Enid to worry that her parents don’t accept her for who she is. Enid also wears rainbow jumpers throughout the series, including one that resembles the lesbian flag.

While none of these details definitively confirm that Enid is trans, they have sparked speculation among fans. Some have even called for a romance to develop between Enid and Wednesday in the second season. Ultimately, it is up to the creators of Wednesday to decide whether or not to make Enid’s trans identity official. Until then, fans will continue to offer their theories and interpretations of the show.