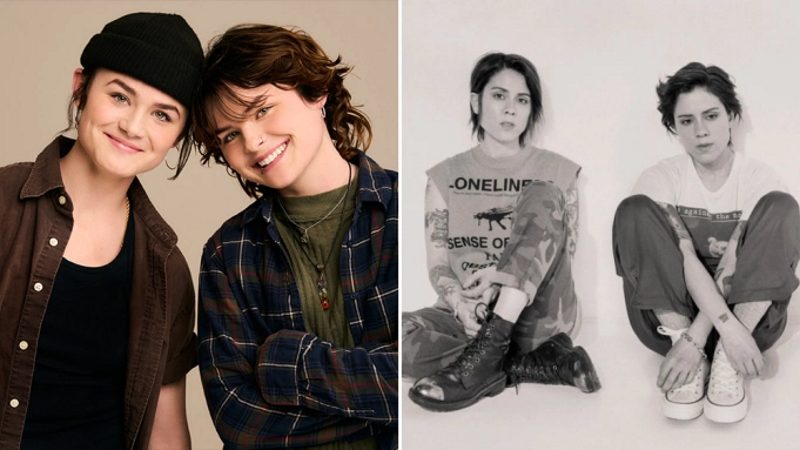 The upcoming series ‘High School’ chronicling the teen years of Canadian music duo and twins Tegan and Sara will premiere on Amazon’s ad-supported Freevee app this fall. Fans who are awaiting the premiere were curious as to how episodes will be released. Now, we have new details thanks to series star Railey Gilliland who portrays Tegan in the show. Freevee will not be releasing the season all at once, a format common with other streamers like Netflix.

Railey Gilliland told followers during a recent TikTok live that episodes of ‘High School’ will be released two at a time per week. Being released over a month for a total of eight episodes. An official trailer for the series is expected around August or September

Episodes will come out weekly, two episodes at a time over the course of a month. 8 episodes total. pic.twitter.com/ZqMcptL1vG

As Trevor Decker News has previously shared, ‘High School’ is based on the 2019 memoir by Tegan and Sara. The series will be set in the 1990s and center around the music duo as they go through the ups and downs of life in high school and deal with first loves, finding their individuality, and of course their growing passion for music.

You may also like:  Watch Netflix's "Matilda The Musical" Star Alisha Weir Perform The Song "Naughty" Live
In this article:Featured Post, Railey and Seazynn Gilliland, Tegan And Sara