Check Out The Trailer For Lin-Manuel Miranda's tick, tick...BOOM! 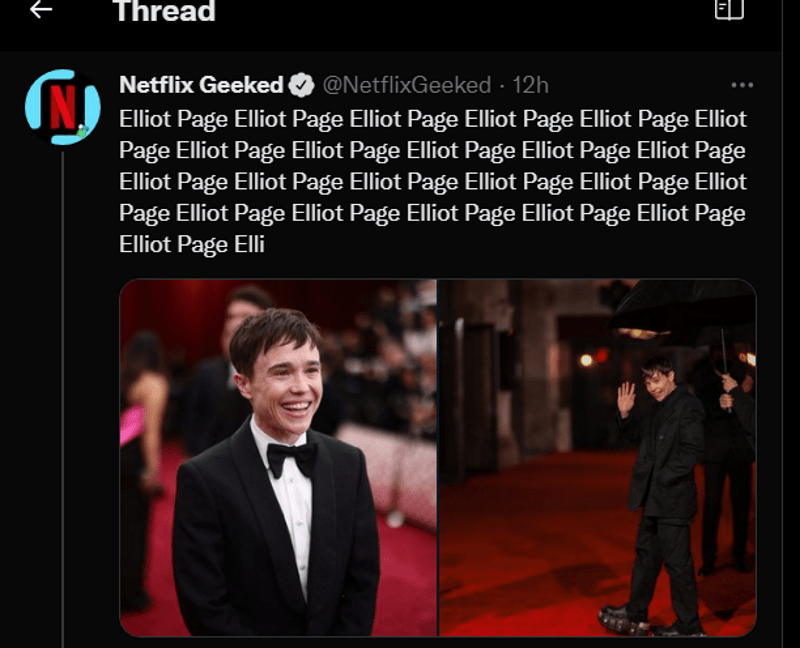 Fans of Page were quick to get the trending topic removed on Tuesday, encouraging fans and anyone who supported equality and were against hate speech to assist in getting it removed. Twitter itself has included deadnaming as violating its own terms and anti-hate speech rules. This has rightfully led to questions as to why it was allowed to trend in the first place.

Check out the tweets from Netflix Geeked below.

You may also like:  The Netflix Original Series "Wednesday" Starring Jenna Ortega Is Breaking Records
In this article:Featured Post, Netflix