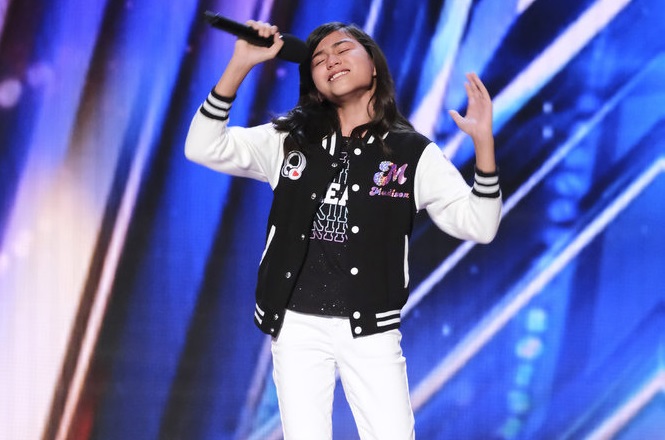 Singer Madison (Maddie) Taylor Baez has received the golden buzzer from judge Howie Mandel on the latest season of America’s Got Talent which will see the young singer going straight through to the live shows of the popular NBC talent competition. For many viewers, however, Baez is no stranger to their screens having portrayed young Selena Quintanilla in Netflix’s Selena The Series and has also gained a following by singing the national anthem at baseball games which has earned her the nickname of “anthem girl.” Performing the gospel song Amazing Grace, Madison amazed the crowds and judges.

It all started when the idea came about to have Baez sing from the audience just to see if the judges would notice the singer’s talent. Filled with emotion. Madison belted out the gospel favorite before being asked to go up on stage for the actual audition.

What would Madison do with the money if she won? The singer revealed that her father has been fighting Colon Cancer for nine years, so Madison would like to put it towards research.

Check out the moment below!