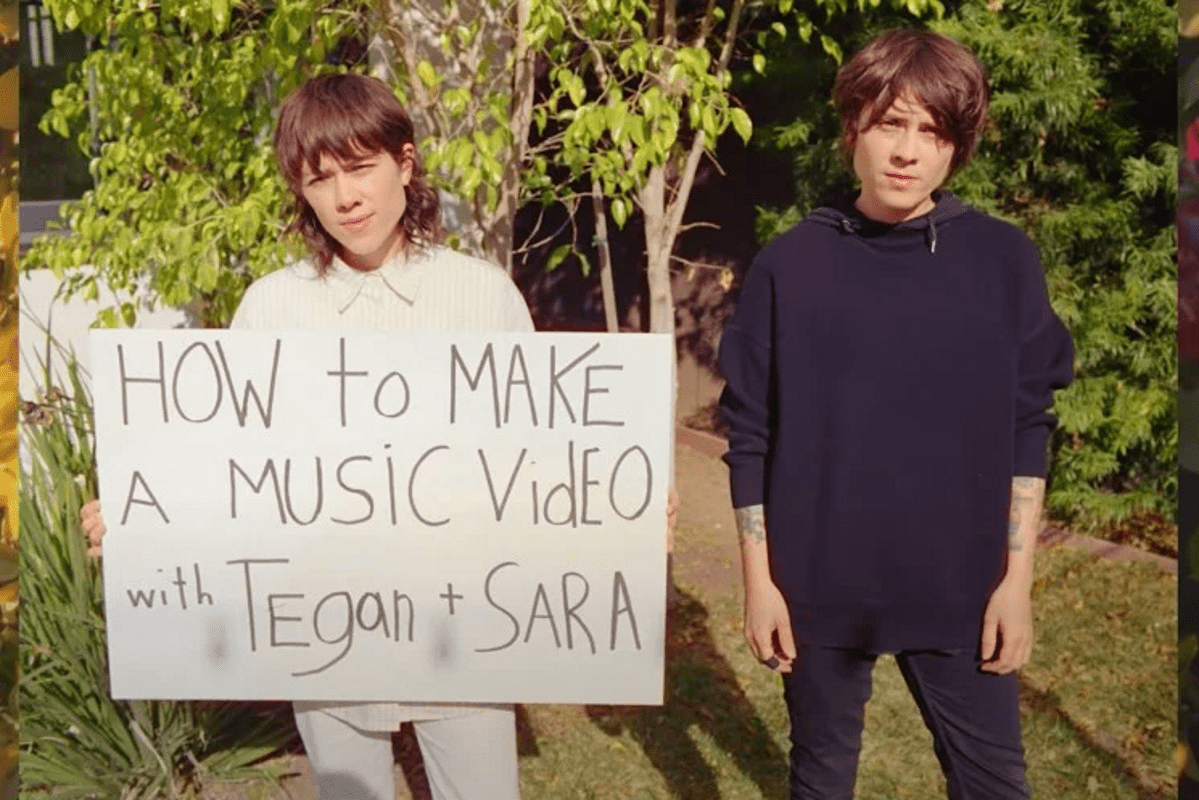 Tegan and Sara have released their brand new single “F*****g Up What Matters” and the music video.

The song comes as the twin duo is currently working on a television series based on their memoir “High School” which chronicles their teenage years and growing up in the 1990s. The series will be available on IMDb TV. “High School” will star twins Railey and Seazynn Gilliland, in the roles of Tegan and Sara. They were discovered on TikTok by Tegan and Sara themselves.

The music video begins with Tegan and Sara on a zoom call with the would-be director of the music video discussing concepts. Noting that they have done many different types of music videos throughout their decades-long career. it was pitched to do a music video about… making a music video.