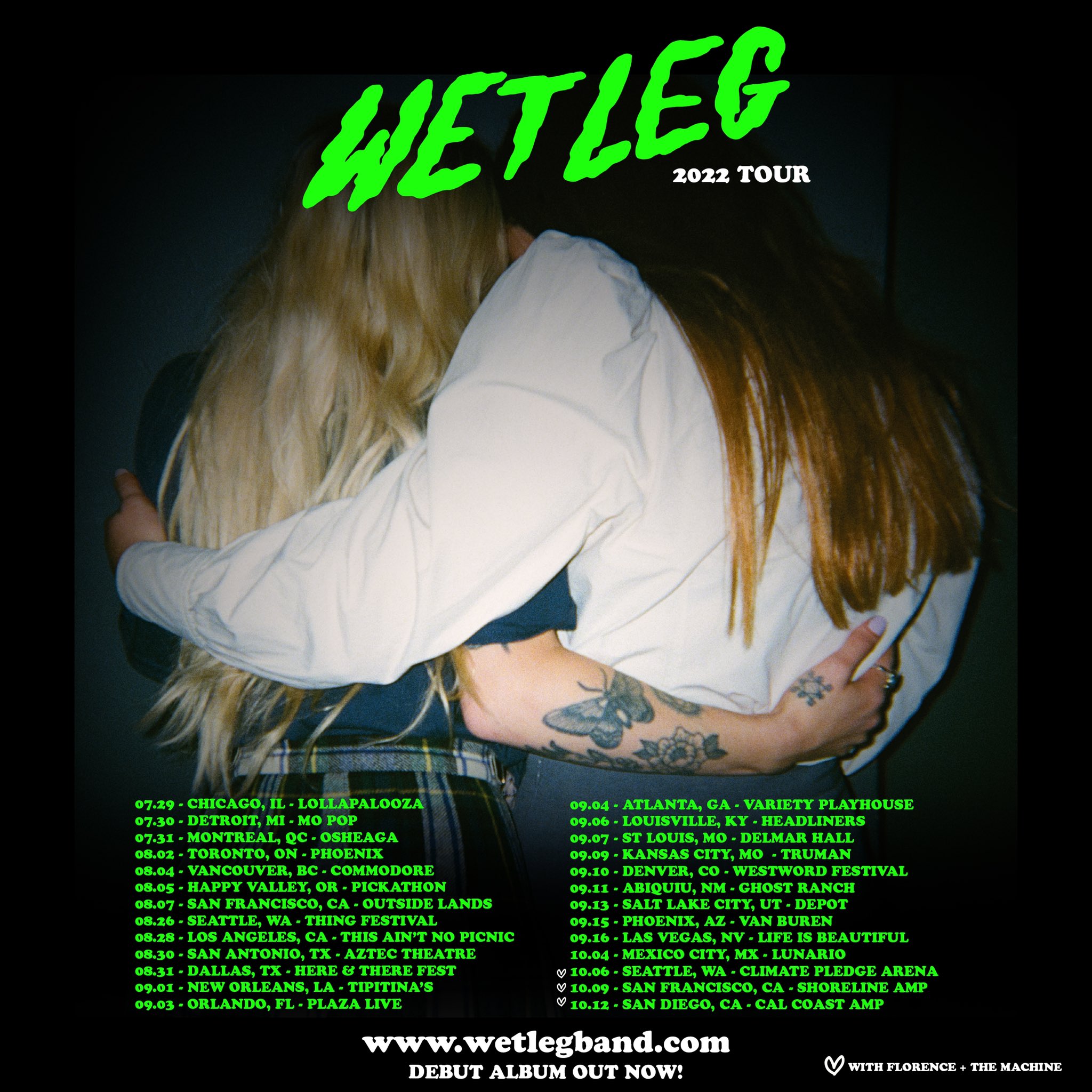 Wet Leg is looking to return to North America later this year. The U.K. music sensation continues to gain more fans thanks to the success of the single ‘Chaise Longue’ and the debut album which was released earlier this month. Tickets for the upcoming dates will go on sale Friday (April 22).

The band’s debut appearances in the United States throughout March and early April included performing on the Tonight Show With Jimmy Fallon and The Late Late Show with James Corden.

Dates for the upcoming return tour will include a number of shows throughout Canada and the United States including Chicago, Detroit, California, Texas, and more. Get details here.