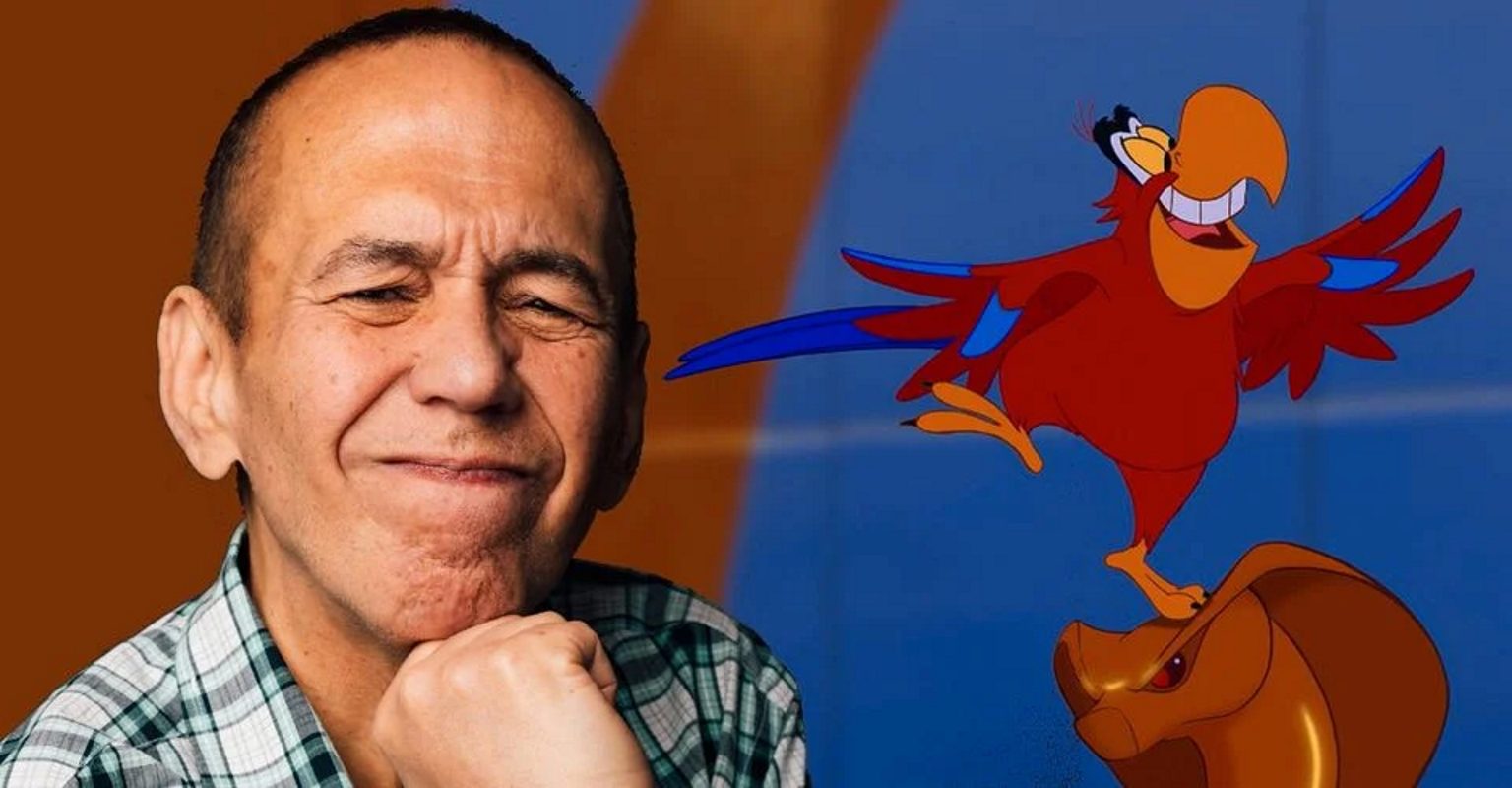 Tributes have been pouring in for the legendary comedian Gilbert Gottfried who has passed away his family confirmed on Tuesday. Following their performance of ‘Aladdin’ on Broadway Tuesday night, the company honored Gilbert Gottfried and his iconic portrayal of Iago for the animated film version of Aladdin from 1992.

Don Darryl Rivera who portrays Iago for the Broadway production shared a prepared statement and a memory of meeting Gilbert Gottfried and having the late comedian sign his VHS copy of Disney’s Aladdin.

“We’d like to take a moment to celebrate the life of a comedy legend, a funnyman with an indelible voice, the man who breathed life into Iago for the animated film, Mr. Gilbert Gottfried,” Rivera said. “I, along with five other actors worldwide, have the distinct privilege to bring Iago to life onstage. But I think one of the main reasons this character is who he is is because of what Gilbert brought to the animated film: his comedy and that voice — that voice that the New York Times once said sounded like a busted Cuisinart.”

Continuing on, Rivera shared the heartwarming story of getting to meet the comedy legend following a show.

“The curtain had just come down and out comes Gilbert from the wings. He put his arm around me and we snapped a few photos. But then, I pulled out this,” Rivera said, before producing a VHS copy of the 1992 film. “His eyes lit up like it was the magic lamp itself. He signed it for me and it’s still one of my most treasured possessions. Gilbert was really kind and sweet and surprisingly soft-spoken. He will be deeply missed by his friends and his family.”