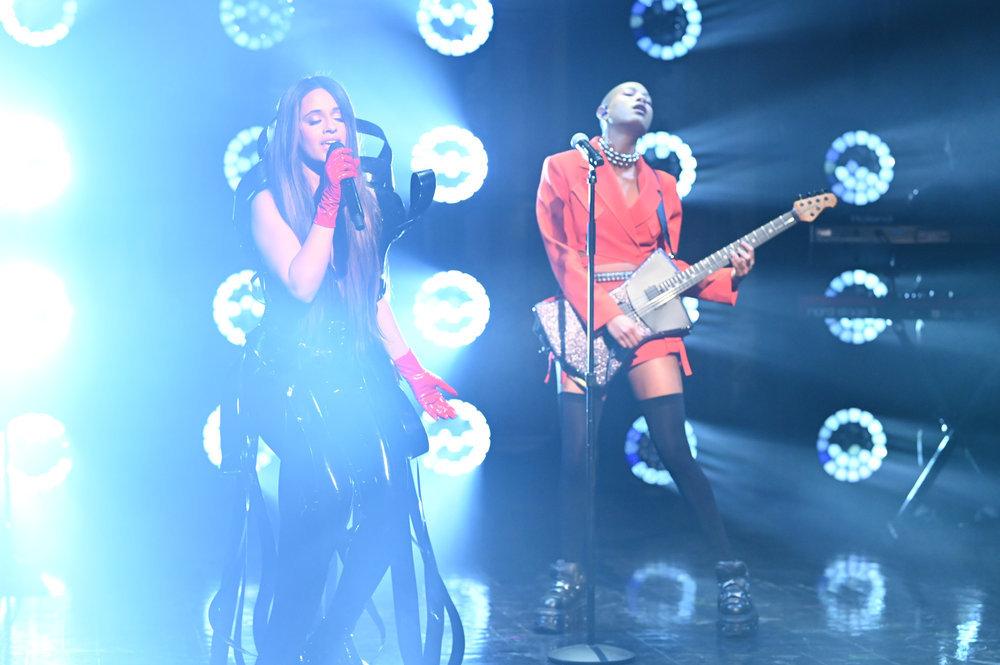 Willow Smith Joined Camila Cabello on NBC’s Saturday Night Live this past weekend to perform the song Psychofreak. Fans might be curious if the singer had any concerns about going on the sketch comedy show following her father’s actions at the Oscars and the continued media coverage? According to a source who reportedly spoke to HollywoodLife, Willow was focused on the performance and nothing else going into Saturday night.

“Willow Smith was completely focused on her performance with Camila Cabello and not worried whatsoever about if the show was going to make fun of her Dad or family over the Oscar incident,”

“They made fun of it the week before so if she was really upset, she would have never showed up in the first place. It was important to share the stage with Camila because she loves the song and she really feels they killed it. She is so happy eyeballs were put on the performance and that they rocked it, it was a very special and fun moment.”

If you missed the performance with Camila Cabello you can watch it above.