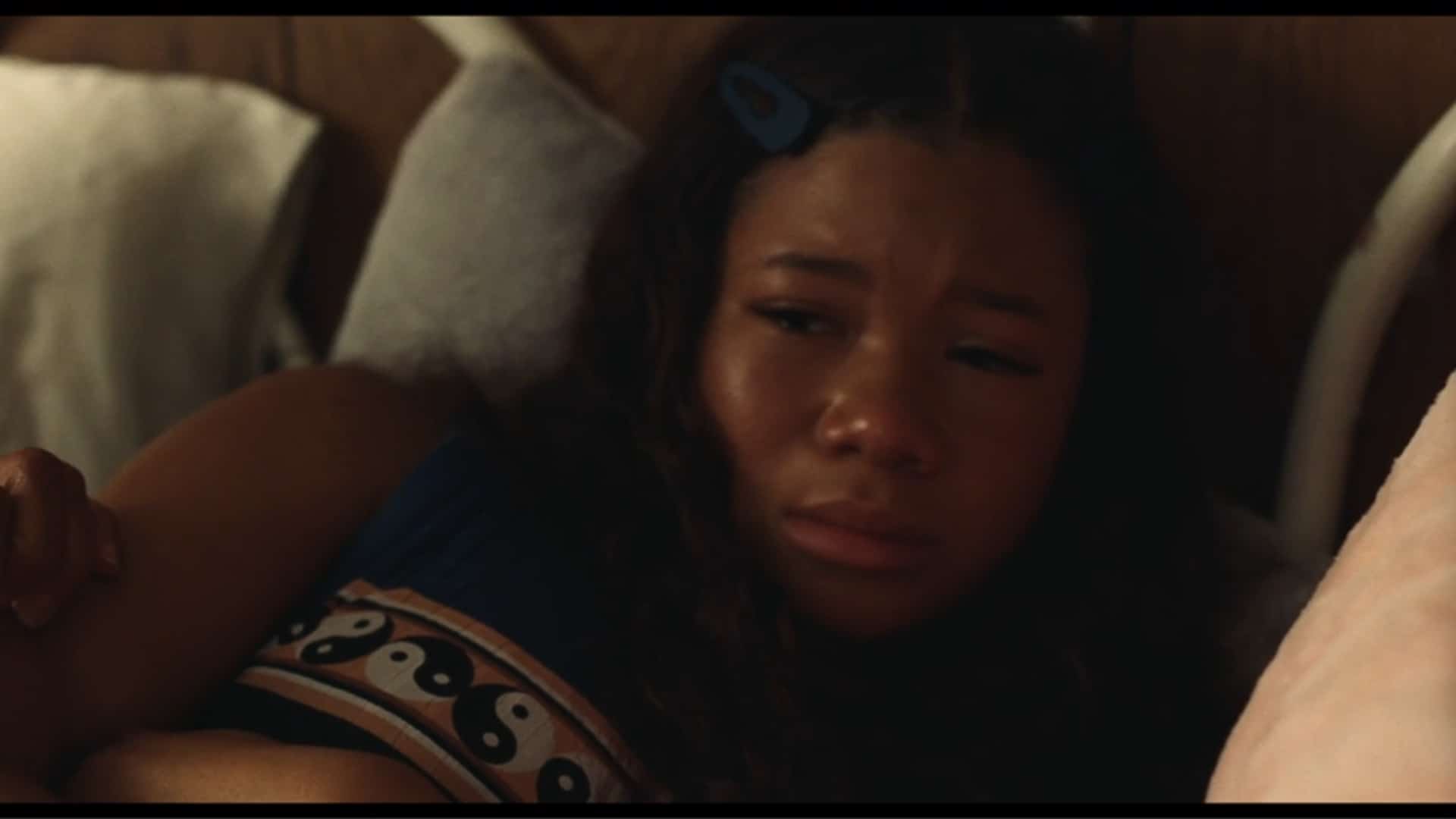 Storm Reid plays Gia the younger sister of Rue in the HBO teen drama series Euphoria. The show takes a brutally honest look into the life of a drug addict with Zendaya in the lead role of Rue, who has ups and downs with her severe addictions to everything from opiates to heroin.

In a recent interview, Storm Reid described what it was like filming one intense scene during season 2 that really bothered her and ‘felt too real’. Reid told E News

“That’s your true raw emotion of what’s going on in the scene and to see [Rue] kick down that door and scream at me and like us tussling, I was just like, ‘Oh my God, I don’t want to do this anymore,'” she explained. “Like I’m tussling with my sister.”

Reid continued by saying that even though it was difficult to film, she understands the importance of showing that side of things and reaching out to viewers who are dealing with the same issues.

“That’s a part of the reason why we make Euphoria, to be relatable and to try to put a hand out to somebody and say, ‘Hey, we know what you’re going through.'”

Watch a clip from the episode below (contains strong language)