Greta Thunberg's Response to Andrew Tate's Arrest in Romania: 'This is what happens when you don't recycle your pizza boxes' 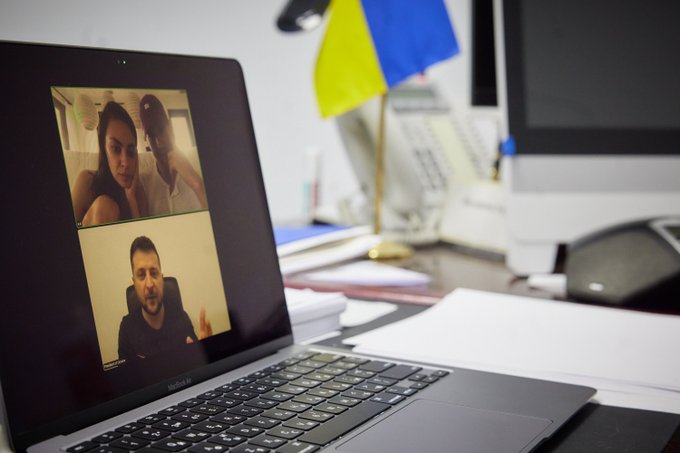 The president of Ukraine has expressed gratitude and thanks to actress Mila Kunis and actor Ashton Kutcher. Kunis is a native of Ukraine and was one of the first to speak out in support of the country that has been continuously the victim of unjust attacks by Russian forces.

On Sunday, Zelensky thanked the couple for their support, saying they were “among the first to respond to our grief. They have already raised $35 million & are sending it to @flexport & @Airbnb to help 🇺🇦 refugees. Grateful for their support. Impressed by their determination. They inspire the world. #StandWithUkraine”

“Today, I am a proud Ukrainian,” Kunis wrote on the GoFundMe page. “While my family came to the United States in 1991, I was born in Chernivtsi, Ukraine in 1983. Ukrainians are proud and brave people who deserve our help in their time of need. This unjust attack on Ukraine and humanity at large is devastating and the Ukrainian people need our support. … While we are witnessing the bravery of Ukrainians, we are also bearing witness to the unimaginable burden of those who have chosen safety. Countless amounts of people have left everything they know and love behind to seek refuge. With nothing but what they could carry, these Ukrainian refugees are in need of housing and supplies right away.”