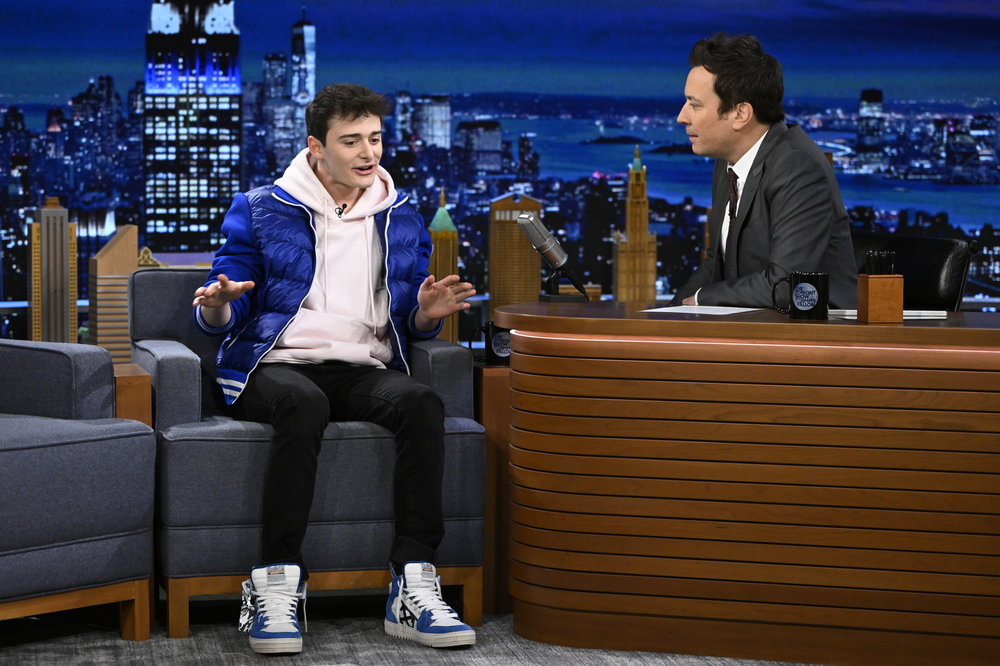 Fans are eagerly awaiting the return of the popular Netflix sci-fi series stranger things. Noah Schnapp told Jimmy Fallon that the 4th season is ‘complete and utter chaos’. The new season was delayed due to the pandemic which led to production being halted. The creators of the show have told loyal fans that the series will end following its 5th season which has already been greenlit.

During his appearance on NBC’s Tonight Show on Friday, Noah revealed that the cast was in tears and texting each other when they found out along with fans that Stranger Things would end after season 5.

“They put out this letter that the show’s ending and that’s it. This is the beginning of the end,” He recalled. “And I read it, I just started bawling. I was upset. I texted Millie, my castmate who plays Eleven and she was like, ‘You’re crying too? So am I!’ Then she texted Gaten, who plays Dustin, and he was like ‘I’m crying too!’ Then, we texted the Duffers and said, ‘This is so sad! I can’t believe this is over.’ They were like, ‘You guys gotta stop texting us. Like, I know it’s over, but we have time left.'”

Watch the interview at the top of this post.