Producer Of The CW's 'The Waltons: Homecoming' TV Movie Says Faith Will Be At The Center
Advertisement 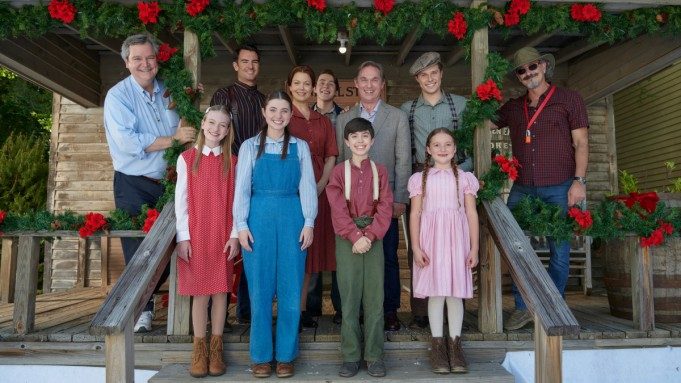 During a virtual press event to promote the CW’s upcoming revival of The Waltons in a new holiday movie, producer Sam Haskell assured viewers that the new movie will include a strong message of faith. Haskell added that the CW was supportive.

“In my initial conversations with Mark Pedowitz, the chairman of the CW, I told him that there was going to be a faith element in this and he embraced it completely,” Haskell said. “And he feels as I do that putting faith and family and hope and joy front and center, it’s something this world needs right now. And I believe that The Waltons’ Homecoming is going to bring that to families. He and I both know that families watching something together is very rare these days. And this is the kind of program that can bring an entire family together.”

The Waltons: Homecoming is set in the Depression Era and told through the eyes of John Boy, the 17-year-old eldest child of John (Ben Lawson) and Olivia Walton (Bellamy Young). His mother expects him to help her raise his sisters and brothers, and his father expects him to follow in his footsteps to help support the family, but secretly, John Boy wants to be a writer.

Times are hard enough in 1933, but to make matters worse, it looked like it was going to be the Waltons’ first Christmas without John Sr. But then Olivia receives a letter that John Sr. is planning to make it home for Christmas after all, the family is thrilled and races to prepare for his homecoming. But when a storm threatens his arrival on Christmas Eve, and John Sr. is nowhere to be found, Olivia sends John Boy out into the night to find his daddy – a journey that will change his life forever.

You can watch “The Waltons: Homecoming” airing on November 28.