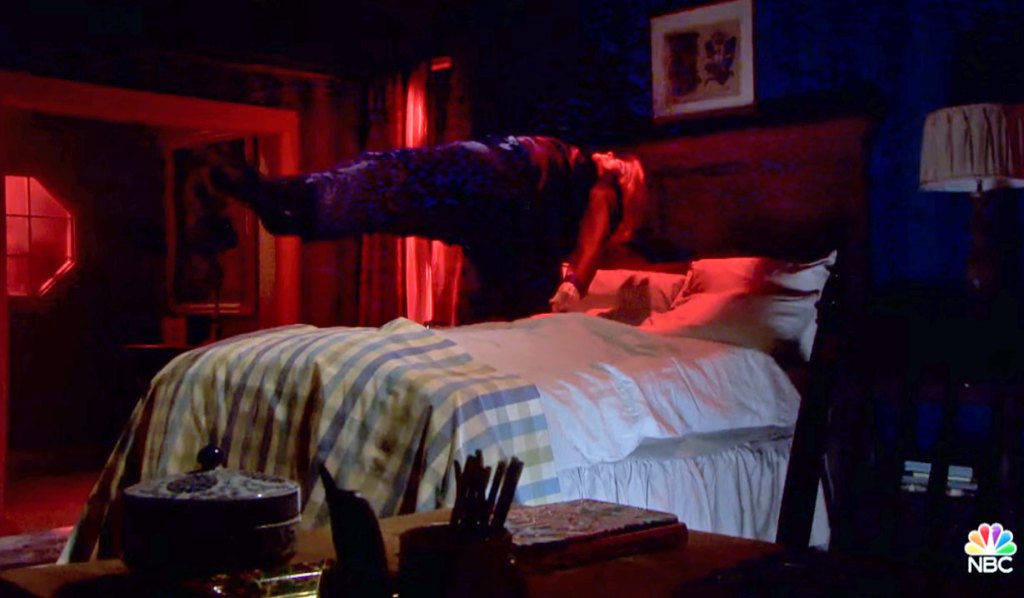 NBC is ready to revisit one of Days Of Our Lives’ most memorable storylines from the 90s. The possession of Marlena and the return of Satan tormenting the citizens of Salem. Yes, there will be levitation again!

The announcement was made via a statement which you can read below:

“The original story began in 1994 when the wicked Stefano DiMera began hypnotizing Marlena (Deidre Hall) his ‘Queen of the Night.’ The hypnosis meant to make her fall in love with him left her open to demonic possession and ultimately led to Marlena becoming possessed by the devil. Later that year (on Christmas eve) in one of the most memorable moments in American pop culture history, Marlena levitated (see image above). The story continued through 1995 and concluded that summer when John Black, her now-husband who was thought to be a priest at the time, had to perform an emergency exorcism. When Days of Our Lives revisits the storyline this fall, fans can look forward to twists and turns you’d never suspect as well as familiar faces returning to save the day (or not)…. this time around, the devil knows no bounds and no one in Salem is safe!”

You can watch the full preview for the upcoming fall season of Days Of Our Lives below.

You may also like:  MGM draws criticism after the revelation that Jenna Ortega filmed popular "Wednesday" Scene while having COVID
In this article:Days Of Our Lives, Featured Post, NBC