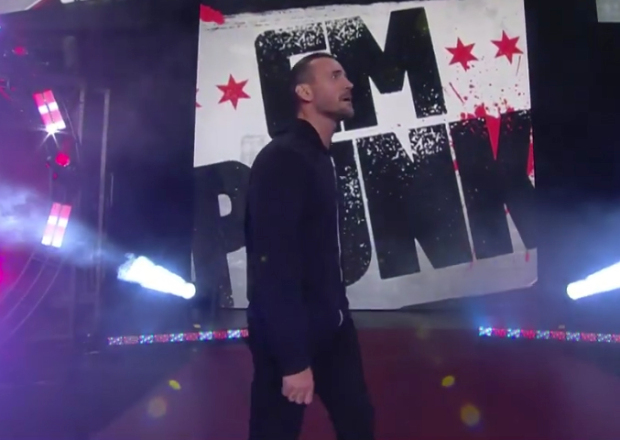 Professional wrestling superstar Phil Brooks who is known professionally as CM Punk made his debut in All Elite Wrestling, Friday night during the AEW Rampage broadcast live from Chicago. Punk had previously worked for World Wrestling Entertainment when he left due to behind the scenes issues seven years ago and has not been active in the industry since. Choosing to do some work in film and comic books which included Marvel.

Anticipation for the return of Punk has been building for weeks within the pro wrestling fandom. AEW dropped several hints as well which ultimately lead to the company selling out the United Center within minutes for what is AEW’s largest crowd to date.

Speaking to fans, Punk acknowledged fans’ disappointment in the way he left WWE, explained his reasoning and noted that he had physical, mental and spiritual issues due to his time with WWE. Punk continued by saying that throughout the past 7 years he has heard the fans. He also said it was great to be back in a wrestling company and that his focus now is to help the younger talent. Punk announced that he will be at AEW’s annual event ‘All Out’ and will face AEW star, Darby Allin. The event will also be held in Chicago this September.

Before leaving the ring CM Punk told fans in attendance that they could get a free ice cream bar on him as they leave the venue at the end of the night. A throwback to a WWE line where CM Punk asked Vince McMahon to bring back the popular WWE ice cream bars of the 1980s.

You may also like:  A new trailer for 'M3GAN' reveals the Demonic Persona of the Killer Robot Doll
In this article:AEW, CM Punk, Featured Post