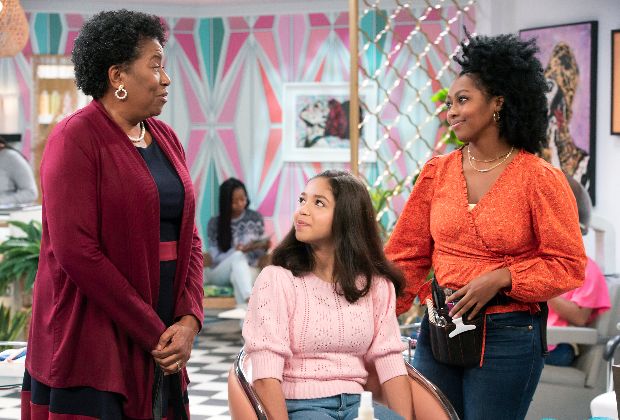 Disney Channel premiered an episode of its series Sydney To The Max on Friday (April 30) that focused on Black hair and embracing cultural identity in a first for the children’s network. The episode titled ‘The Hair Switch Project’ finds Sydney struggling to embrace her cultural identity and her hair and how it is part of her identity. Sydney (played by Ruth Righi) is the daughter of biracial parents in the show. Her mother who is Black passed away when she was younger and Sydney lives with her dad who is white. In the episode, a friend encourages Sydney to embrace her natural hair which leads to a powerful discussion that promotes being proud of your cultural heritage. The episode is available on-demand and the DisneyNow app. In the video clip below, Ruth Righi along with episode director Morenike Joela Evans and writer Kourtney Richard discuss the important message of the episode.

In this article:Ruth Righi, Sydney To the Max