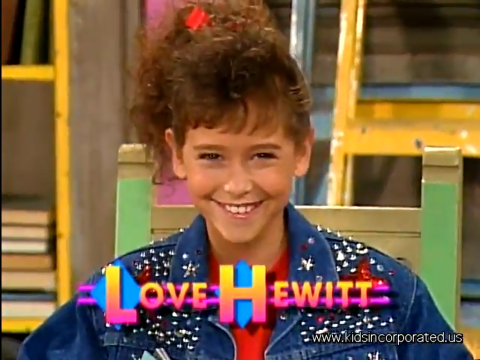 Jennifer Love Hewitt has been entertaining fans for decades. The actress and singer first got her start on the Disney Channel series kids incorporated from 1989 through 1991 where she got to show off her singing talent. Many fans might not realize that Hewitt became a pop superstar in Japan following the release of her debut album ‘Love Songs’ in 1992 before finally releasing 2 albums in the United States. Hewitt is probably best known for her roles in films such as”I Know What You Did Last Summer”, television series like “Party of Five”, “Ghost Whisperer” and currently can be seen in the Fox series 911.

Jennifer Love Hewitt joined Disney’s “Kids incorporated” at the age of 10 where she was credited as ‘Love Hewitt’ at the time not going by her first name Jennifer until the mid-1990s.

In the video below Jennifer Love Hewitt performs the song “Where There’s a Will” from 1991.

Jennifer even released an inspiring song all about taking care of the environment too.

You can also listen to the album ‘Love Songs’ that was exclusively released in Japan in the playlist below!