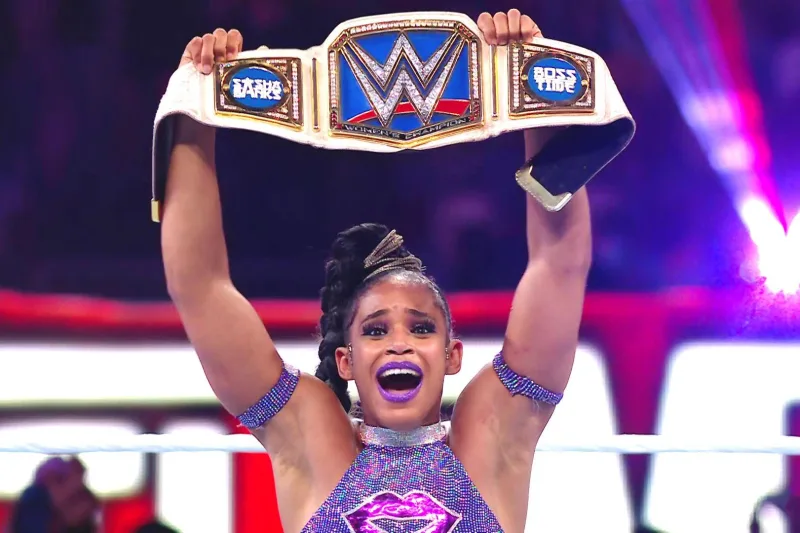 World Wrestling Entertainment kicked off its two-night sports entertainment event known as WrestleMania on Saturday night that also featured the return of live spectators for the first time in a year due to the pandemic. WrestleMania has been a tradition for fans of professional wrestling for several decades considered the biggest event of the year often compared to the Super Bowl. Fans can watch night two of WrestleMania Sunday, April 11 streaming live on Peacock.

The event which is taking place at Raymond James Stadium in Tampa Florida kicked off with WWE owner Vince McMahon welcoming viewers and those in attendance. Until now, the company had adapted their weekly television broadcasts to include fans virtually on giant screens. Following McMahon’s greeting, the actual matches were delayed several minutes due to rain.

For night one of the extravaganza, fans were treated to a historical moment as two women of color were the main event of the night and closed the show. The match was between WWE superstars Sasha Banks and Bianca Belair. Two wrestlers who have played a huge role regarding gender equality in pro wrestling. Banks and Belair real names Mercedes Kaestner-Varnado and Bianca Crawford were competing for the WWE Smackdown Women’s Championship. With Belair getting the victory in the matchup.

During an interview following her match, Bianca Belair talked about the special moment and how her faith and blessings played a role in the historic match.

It should be noted that WrestleMania also began with a match featuring a POC. When Bobby Lashley defeated his opponent Drew MacIntyre. Watch a highlight below.