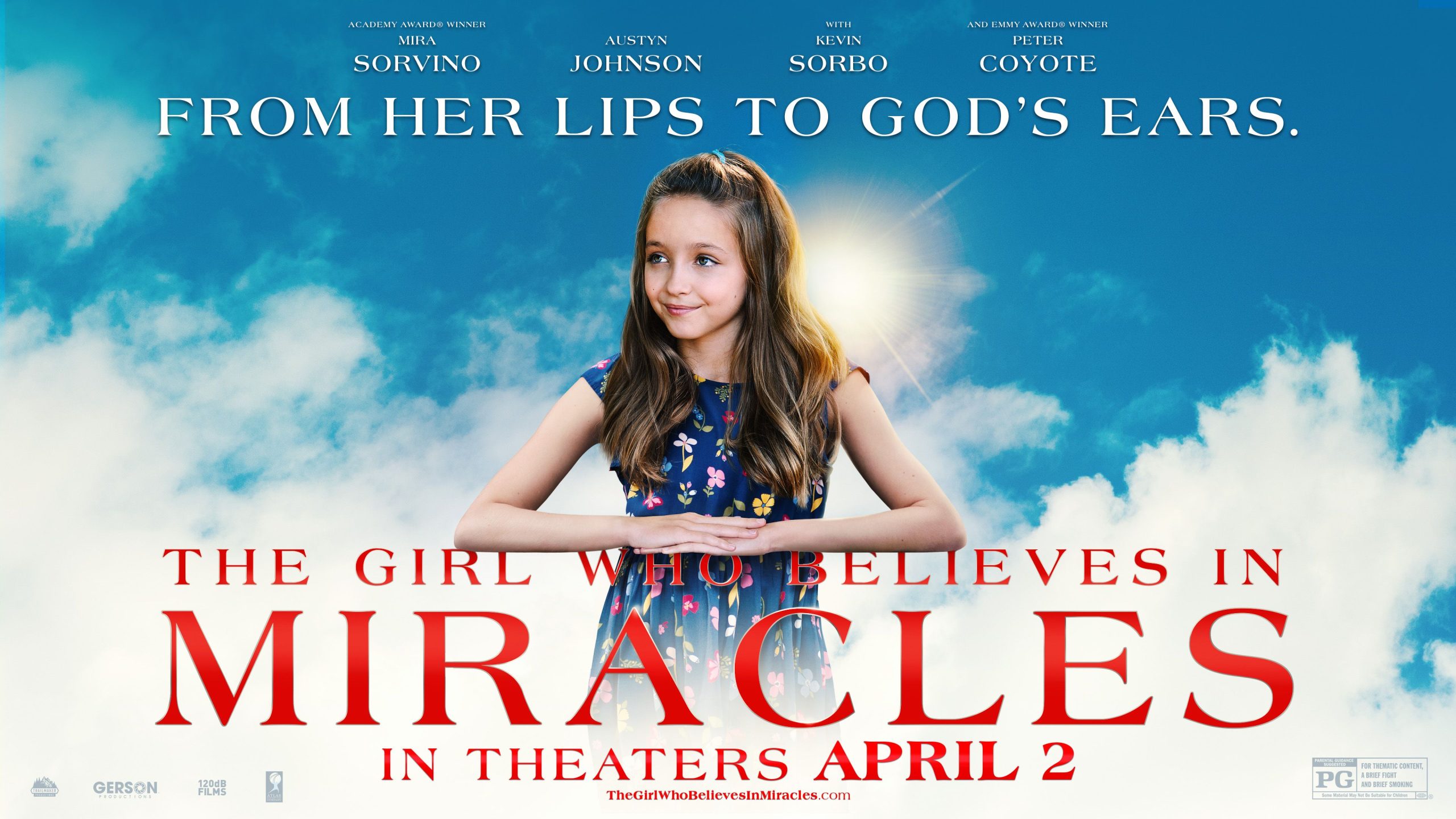 A new faith-based film is hoping to restore faith in miracles. Director Rich Correll’s mission with “The Girl Who Believe In Miracles is to remind us that no situation, no matter how dire or painful, is beyond the reach of God’s ability to hearten and heal.

“All Sara (Austyn Johnson) needed to hear was her pastor say that faith can move mountains,” Correll explains. “She took that promise as truth. Imagine if we all started to do that: put our faith, however small or weak we may feel it is, into practice and action. It doesn’t mean that every prayer will be answered. But that faith that fuels such prayers – while it doesn’t guarantee outcome – does pave the way through.”

The Girl Who Believes In Miracles” is set to get a theatrical release on April 2. Many fans will also recognize Austyn Johnson from her role as Caroline Barnum in the film “The Greatest Showman”.