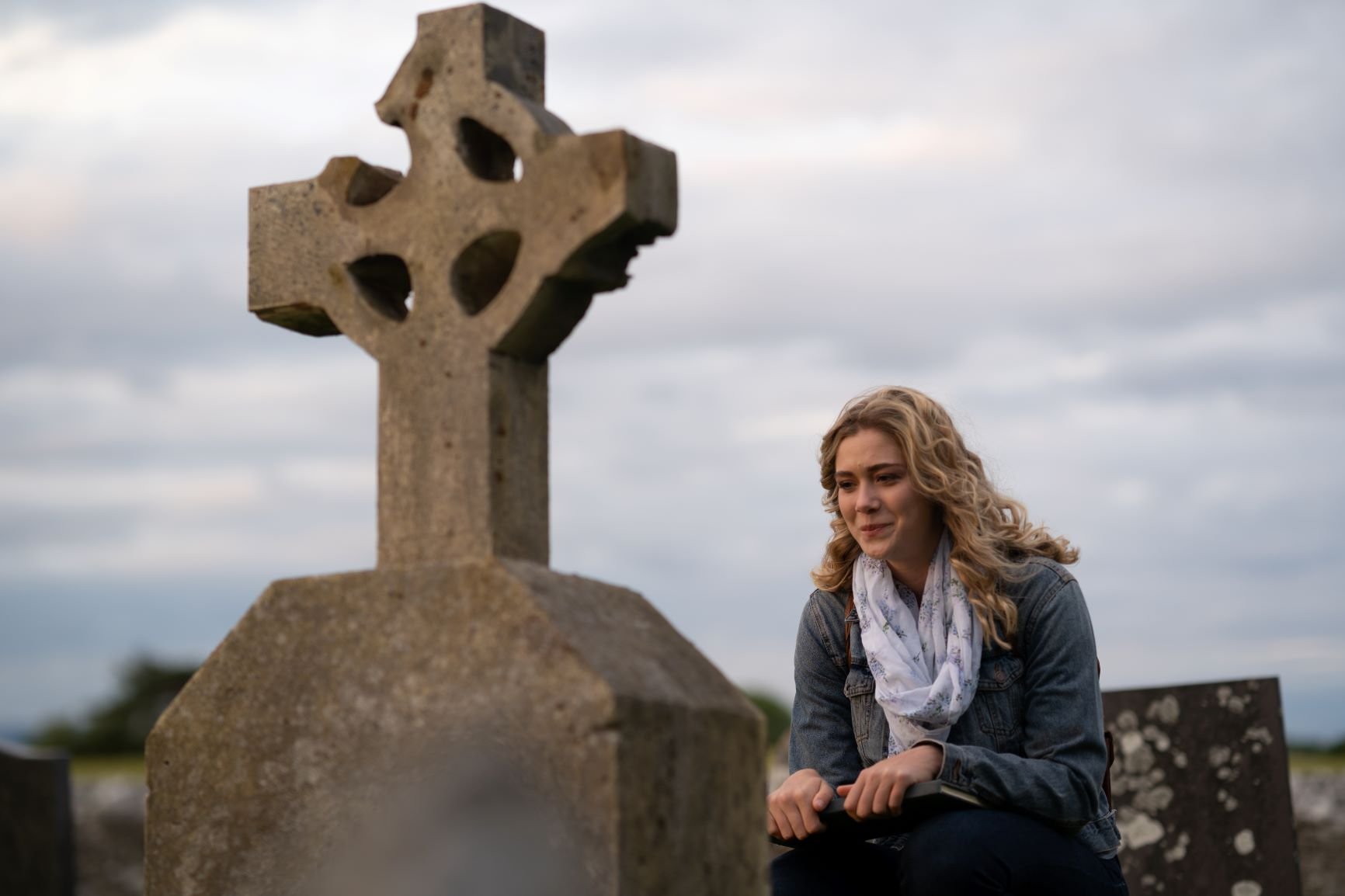 FINDING YOU is an inspirational romantic drama full of heart and humor about finding the strength to be true to oneself. After an ill-fated audition at a prestigious New York music conservatory, violinist Finley Sinclair (Rose Reid) travels to an Irish coastal village to begin her semester studying abroad. At the B&B run by her host family she encounters gregarious and persistent heartthrob movie star Beckett Rush (Jedidiah Goodacre), who is there to film another installment of his medieval fantasy-adventure franchise. As romance sparks between the unlikely pair, Beckett ignites a journey of discovery for Finley that transforms her heart, her music, and her outlook on life. In turn, Finley emboldens Beckett to reach beyond his teen-idol image and pursue his true passion. But when forces surrounding Beckett’s stardom threaten to crush their dreams, Finley must decide what she is willing to risk for love.

Written and directed by Brian Baugh, the film also stars Katherine McNamara, Patrick Bergin, Saoirse-Monica Jackson, and Judith Hoag, with Tom Everett Scott and Academy Award® winner Vanessa Redgrave. It was shot exclusively in Ireland, in and around Dublin, Claire, Offaly and Kildare. The film’s “village set” location was in the beautiful town of Carlingford.

Check out the trailer below!

You may also like:  Watch Mckenna Grace Perform "Self-Dysmorphia" Live On NBC's "Today" Show
In this article:Featured Post, Finding You