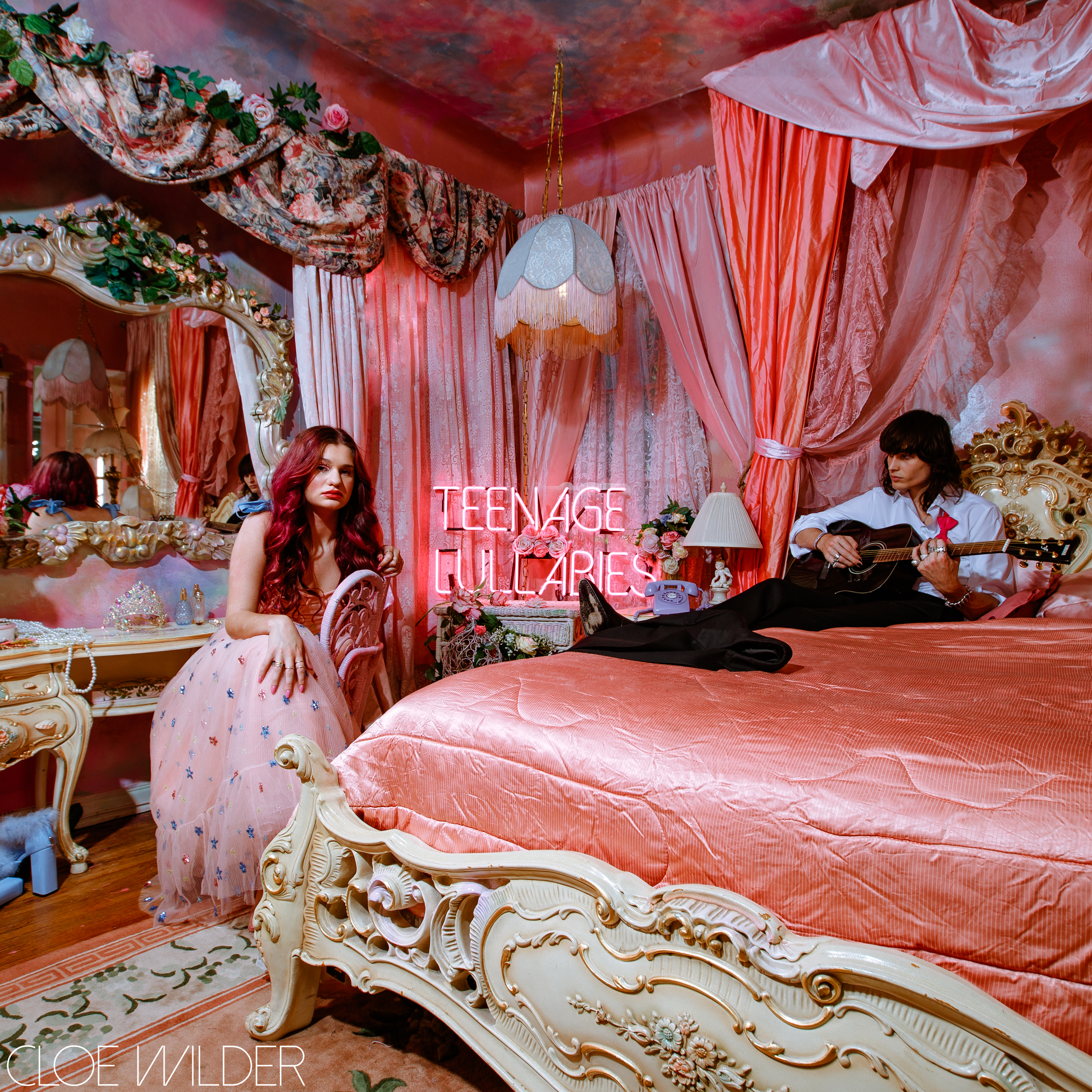 Today, Cloe Wilder releases her debut EP, Teenage Lullabies. The seven-track EP elaborates on her teenage life and the important moments and feelings she’s experienced thus far. Written alongside producer Sam Nicolosi, as well as EZI, Jackie Young, and Merōn, Cloe transports listeners into a delicate daydream filled with stories of crushes, loss, friends, and more, that meld together to create a soundtrack for today’s youth and nostalgia for teenage memories. At just 14-years-old, Cloe has a voice way beyond her years, managing to create melancholic, yet incredibly relatable songs.

Originally hailing from Clearwater, Florida, Cloe’s artistic talents started thriving from an early age as she started taking piano lessons which consequently helped her discover her passions for singing, surprising both her family and everyone around her. In December 2018, Cloe started her YouTube channel where she began to cover songs by Halsey, Alessia Cara, Billie Eilish, Sasha Sloan, and more. Her love for writing came a little later after realizing it was a good outlet for her. She told Girls’ Life, “I never really had something like that, that could actually help me feel better, and writing is definitely that for me.”

On the EP’s lead single, “I Wanna Be Alone With You,” Cloe lays her feelings for her crush all out on the table. The official music video for the upbeat, ‘cool girl’ track was filmed at the Pink Motel in California and features Tripp Bowers. As a whole, Cloe believes Teenage Lullabies is her best release to date, saying “It’s the most involved I’ve ever been and the proudest I’ve ever been.”

You may also like:  Dolly Parton's NBC special "Mountain Magic Christmas" is a joyous holiday treat

Speaking on the meaning behind Teenage Lullabies, Cloe says: “I think that this EP makes sense for my first project. I’ve been making music for a couple of years now and this project represents every stage of my life so far: the frustration, the excitement, the relationships. It’s definitely a romanticization of my life, but it’s not too far off. I’ve felt all of it… I just made it a little bit prettier for your listening pleasure. Sonically, the songs share a very ethereal sound with a dash of bedroom indie. This is a pretty accurate description because we wrote the whole project in my bedroom.”

Check out the music video for “I Wanna Be Alone With You” below!

2. I Wanna Be Alone With You