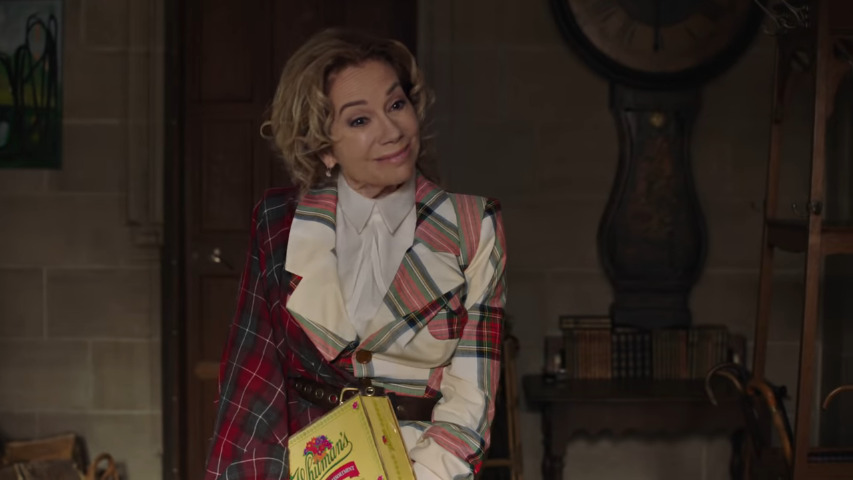 Vertical Entertainment has announced that they have acquired the North American distribution rights to Then Came You, written by Kathie Lee Gifford and directed by Adriana Trigiani and featuring an original score co-written by Gifford and Brett James. The film stars Gifford, Craig Ferguson (THE LATE LATE SHOW) and Elizabeth Hurley (AUSTIN POWERS). The film will have one-night showings nationwide via Fathom Events on September 30th, followed by an on-demand and digital release on October 2nd.

Then Came You stars Kathie Lee Gifford as a lonely widow who plans a trip around the world with her husband’s ashes, to visit the places they loved in the movies. During her first stop in Scotland at the beautiful estate she stays in, she meets the innkeeper (played by Craig Ferguson) who changes her life forever.

The deal was negotiated by Peter Jarowey and Josh Spector at Vertical with Theresa Peters and Alex Brunner at UTA on behalf of the filmmakers.

“Then Came You is a sincere rom-com about a woman overcoming loss and starting a new chapter of her life. We hope that this sweet and uplifting film brings some escapism and positivity to audiences this fall,” said Rich Goldberg, co-president of Vertical Entertainment.

Watch the official trailer below!

In this article:Kathie Lee Gifford