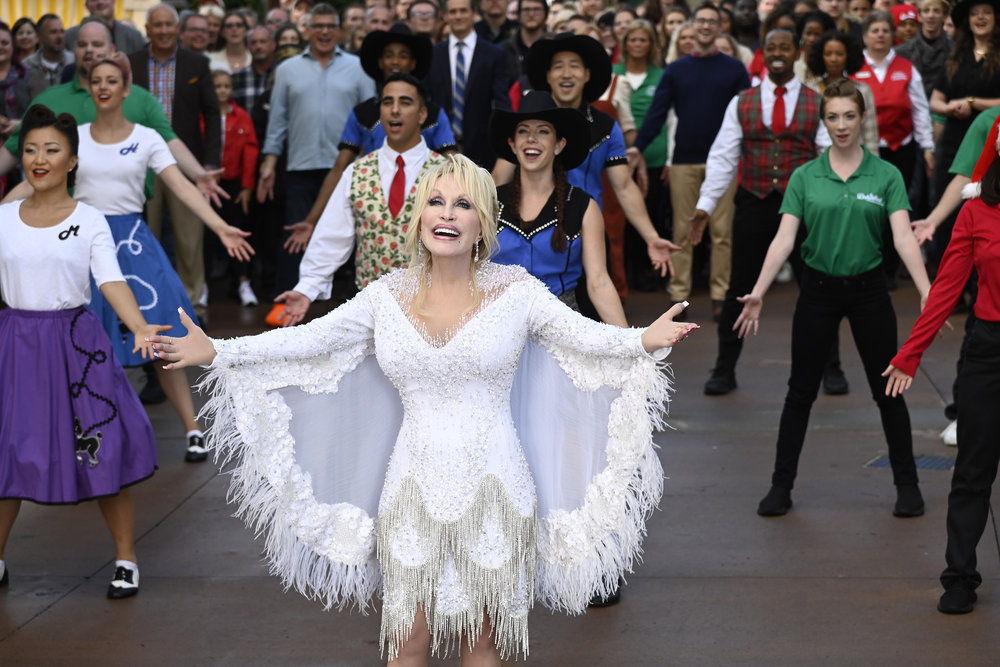 Miley Cyrus, Willie Nelson, Billy Ray Cyrus, Jimmie Allen, Zach Williams, and Jimmy Fallon are among the musical guests on the two-hour special, which promises to be a “modern-day movie musical about the making of a network TV special” as it depicts “Dolly’s frenetic backstage story and delightful on-camera results of her desire to uplift an exhausted world’s spirits.”

Parton finds herself traveling into her past on a personal level, assisted by the enigmatic sightings of “her own Three Wise Mountain Men,” throughout the TV movie’s production numbers and chaotic rehearsals. Then, when it’s time for her big special to air, a revitalized and inspired Dolly “goes rogue” and proves to the world that the true magic of Christmas lies in “the hearts of the children we were all once were, the realization that Christmas is about the people we share it with, and how her faith remains the common thread between Christmases past, present, and future.”

Mountain Magic, a Dolly Parton song “9 to 5” and “I Will Always Love You,” two of Parton’s well-known tunes, will appear on Christmas along with a brand-new carol. The value of spending time with family during the holidays is reflected in a number of songs that encapsulate the essence of Christmas.

You may also like:  Co-showrunner for "Wednesday" - "we only touched the surface," suggesting that future episodes may include more of The Addams Family

The special is being produced by Magnolia Hill Productions, which has already made two other Dolly Parton-themed TV movies for NBC.