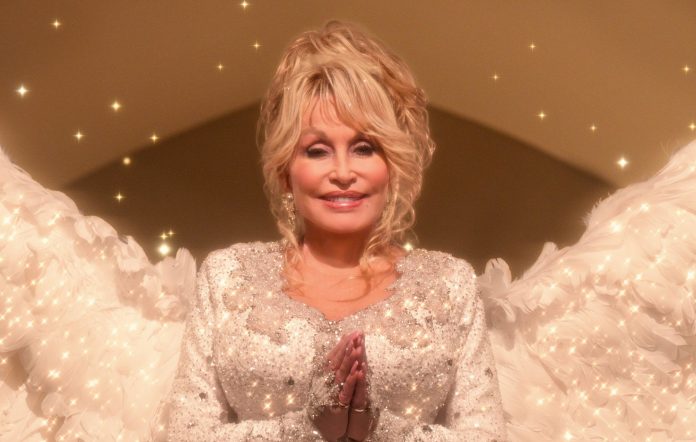 Dolly Parton in Netflix's Christmas On The Square

In addition to Parton, the film will star Tom Everett Scott, Ana Gasteyer, and Angel Parker.

With Sam Haskell and Parton, David Rambo will write and executive produce. Joe Lazarov will both direct and produce the film. Hudson Hickman will serve as executive producer, with Billy Levin as producer.

Magnolia Hill Productions and Sandollar Productions will collaborate with Warner Bros. Television on the project.

Dolly Parton’s Mountain Magic Christmas follows Parton’s desire to uplift an exhausted world’s spirits by sharing the unique “mountain magic” she has always found in and around Dollywood at Christmas. Throughout the movie’s production numbers and rehearsal chaos, Parton finds herself taking a private journey into her past, guided by the mysterious appearances of her personal Three Wise Mountain Men. When it’s time for her big special to air, a renewed and inspired Dolly goes rogue and shows the world that the real magic of Christmas lies in the hearts of the children we all once were, the realization that Christmas is about the people we share it with, and how her faith remains the common thread between Christmases past, present, and future.