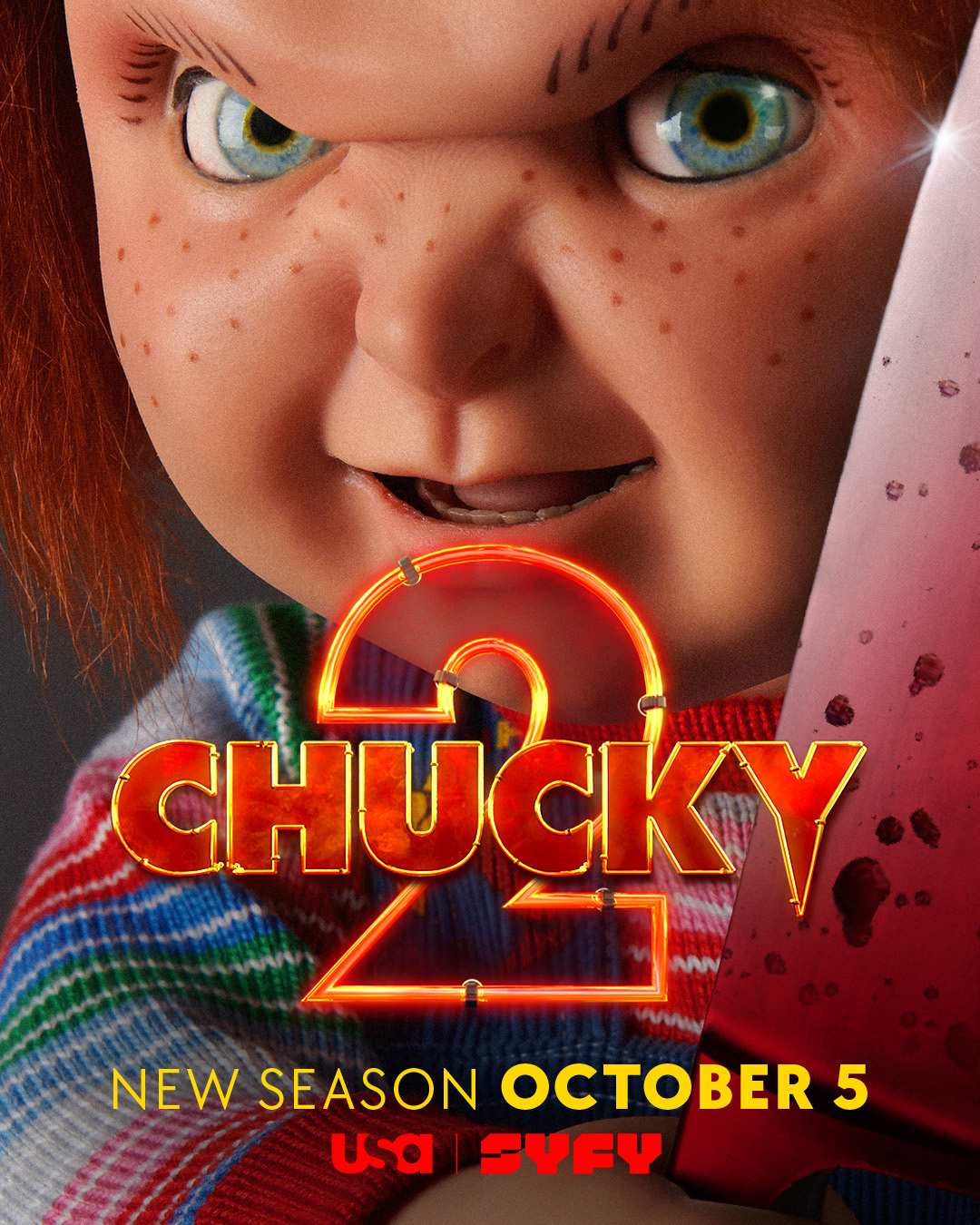 The breakout series ‘Chucky’ second season will premiere on October 5. The news was announced Thursday by USA Network and Syfy. The series has revived interest in the ‘Child’s Play’ franchise and its killer doll named Chucky. Original creator Don Mancini is the showrunner for the series which has become beloved by members of the LGBTQIA+ community as lead character Jake struggled to express his love for his friend Devon and recently announced the addition to the show Glen/Glenda, Chucky’s gender-fluid child who will be portrayed by nonbinary actor Lachlan Watson.