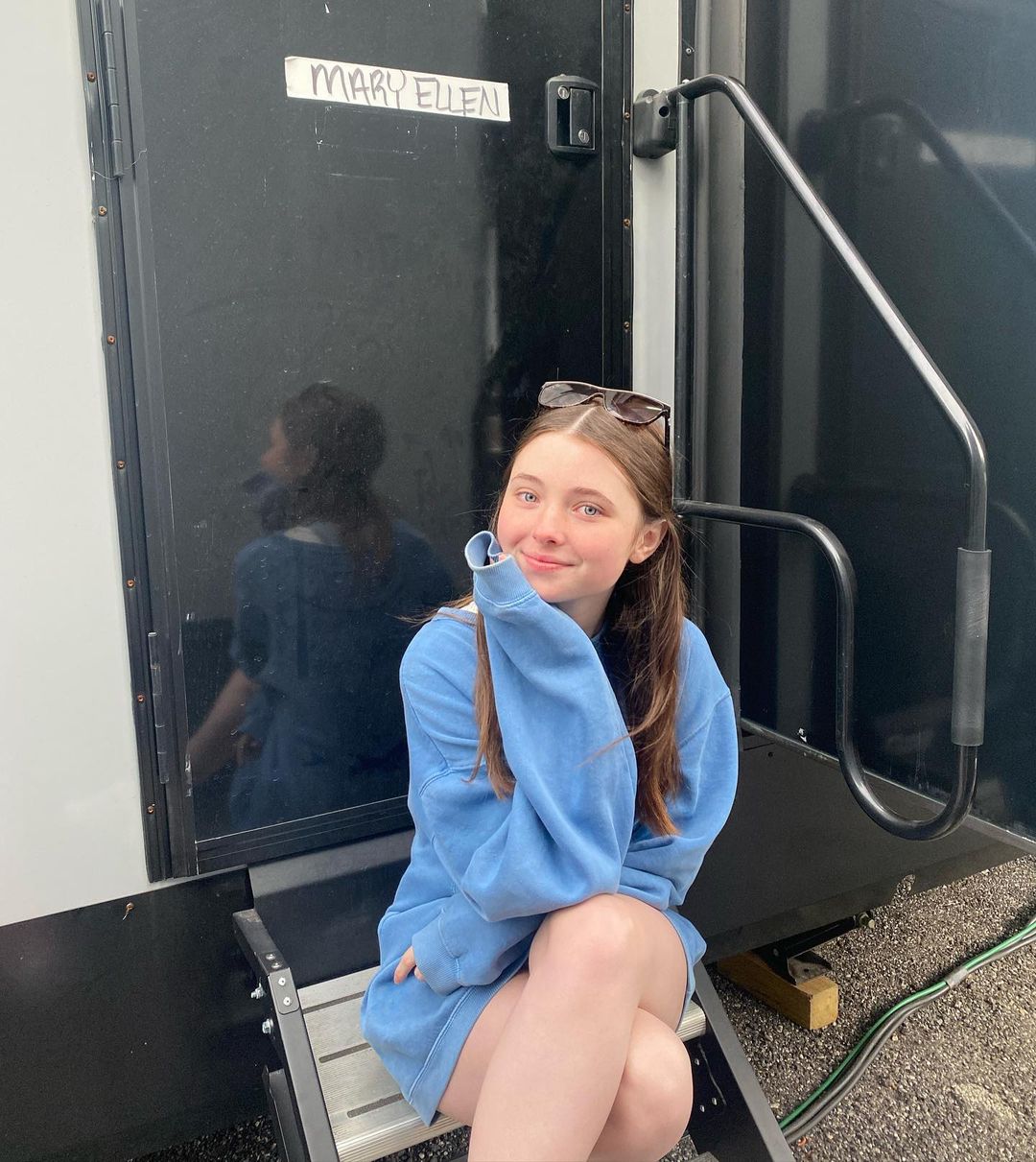 Production is officially underway for the upcoming special ‘The Waltons’ Thanksgiving’ from The CW. Marcelle LeBlanc shared photos from the set featuring the star who portrays Mary Ellen sitting on the steps of her trailer on set.

It was previously announced that The CW would be bringing back its reimagined take on the beloved Waltons family with a Thanksgiving movie special following the huge success of last year’s Waltons’ Homecoming Christmas movie which proved to be the network’s highest viewed program.

Set on Walton Mountain in 1934, “The Waltons’ Thanksgiving” follows the Walton family as they eagerly prepare for the annual Harvest Festival Fair. Carnival rides, talent shows and pie contests come around every year, but at this year’s fair, a young boy arrives that will dramatically change the Waltons’ lives in ways that they could have never imagined.