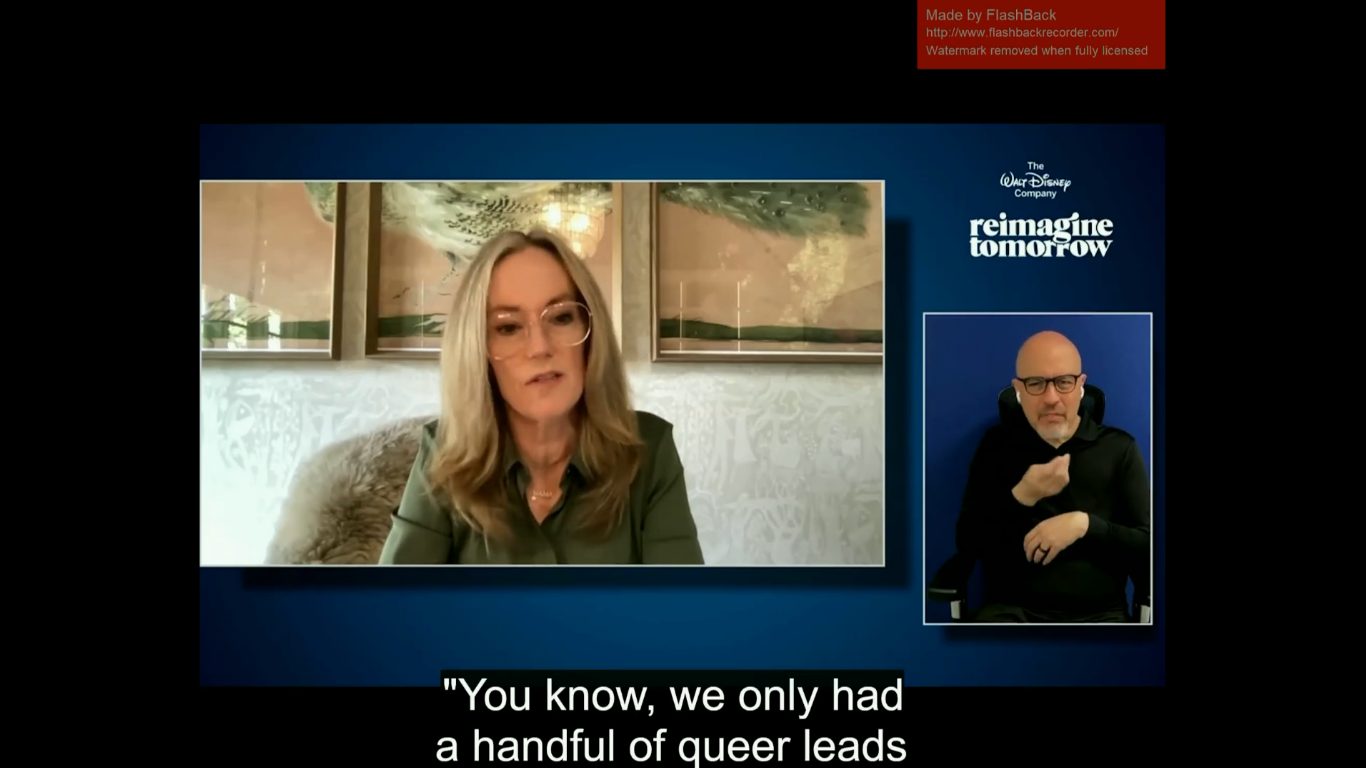 During a company-wide zoom call, Karey Burke shared that she was the mother of both transgender and pansexual children as she discussed how the company would work on doing better for representation.

“I am here as a mother of two queer children – one transgender child and one pansexual child and also a leader. It got me thinking when I had conversations with my colleagues on open forums and I feel a responsibility to speak not just for myself but also for them,” she added during the meeting. Reaffirming the company’s initiative called “Reimagine Tomorrow” which will work to bring a minimum of 50% of characters to represent diversity.

Watch the video below.

You may also like:  Co-showrunner for "Wednesday" - "we only touched the surface," suggesting that future episodes may include more of The Addams Family
In this article:Featured Post